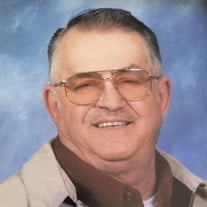 In Lieu of flowers, memorials to St. Jude Children's Hospital All services subject to governmental guidelines for gatherings. Adolph Edward Shavlik was born on September 7, 1930 in Linwood, Nebraska to Edward and Lillian (Egr) Shavlik. He grew up in South Omaha where he attended grade school and graduated from Omaha South High School in 1947. As a young boy, Adolph enjoyed hunting, fishing, searching for Indian artifacts and was active in gymnastics. After high school, Adolph worked for Paxton Gallager from 1947 to 1951. He enlisted in the United States Army, serving from 1951 to 1953 during the Korean War. He spent 17 months stationed in Germany. Adolph served on the Omaha Fire Department from 1953 to 1969. Adolph married Joan Marsicek on June 22, 1957 at Holy Cross Catholic Church in Omaha, Nebraska. Adolph and Joan were blessed with two sons: David and Dennis. They raised their family in Omaha. Adolph and Joan were divorced in June 1967. Joan later remarried, and her second husband, Don Schlondorf, passed away in 1987. Despite the divorce, Adolph and Joan maintained a close relationship as they continued to raise their boys. Adolph worked in the trucking and transportation industry from 1970, working well into his 70’s. He continued to enjoy hunting, fishing, camping, river raft races, attending Nebraska Football games, attending the boys’ activities, and spoiling his grandchildren. Adolph was a generous, loving and selfless man. He enjoyed watching television and old westerns. He was an avid Green Bay Packers fan, loved Kolaches and dinner out at Joe Tess’ and Farmer Browns. Adolph was a proud member of Alcoholics Anonymous for nearly 50 years. Joan developed Alzheimer’s in 2014, and for four years, Adolph visited her nearly daily in Memory Care. Adolph always said that he promised to love her “in sickness and in health,” and that he truly did. Adolph passed away unexpectedly on March 23, 2020, at Lakeside Hospital in Omaha, Nebraska at the age of 89 years, 6 months and 16 days. He was preceded in death by his parents Edward and Lillian Shavlik, infant sister Marcella, brother Emmanuel Shavlik, and ex-wife Joan Schlondorf. Adolph is survived by his sons and daughters-in-law David and Marcia Shavlik of Omaha and Dennis and Arlene Shavlik of Elkhorn; grandchildren Michelle, Emily, Michael and Beth.

The family of Adolph Edward Shavlik created this Life Tributes page to make it easy to share your memories.

In Lieu of flowers, memorials to St. Jude Children&#39;s Hospital
All...

Send flowers to the Shavlik family.