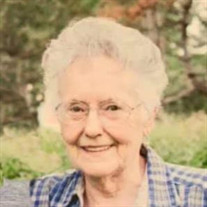 Memorials to Camp Moses Merrill or Caravan Arlene Resyne (Stowe) Cochran was born October 8th 1939, on a farm in Jackson County, MN to Howard and Minnie (Kruse) Stowe. She was the youngest of ten children. She had 7 sisters and 2 brothers. She started school in Sioux Valley, MN; her family then moved to Rice, MN and she attended a 1 room school and, “no, we did not get out for snow days unless it was a blizzard.” At the start of 7th grade, her father started working construction and moved the family to Rapid City, S.D. Arlene and Nancy did not do well in the big city, so they went back to Lakefield, MN to go to school and lived with their sister Tootie. For 8th grade, she was in Casper, WY and then off again to Piketon, Ohio for 9th and 10th grades. In Ohio is where Arlene met and married Donnie Lawson, as he was in construction they were off and moving once again, living in many different states. They had 5 children. Arlene and Donnie divorced in ’74, and by then they were living in Windom, MN. The children and Arlene lived on a farm before buying their home in town. She enjoyed being close to her siblings, their families, and several close friends. After being a stay at home Mom, Arlene needed to go to work; her jobs included: being a nurse aide, a waitress, working at the Toro plant, a bean walker, and a flag person. Arlene met and married David Whitaker while working at the truck stop, what they thought would be forever was a short 1 ½ years, before he died in a truck accident. But as we all know, life keeps moving forward, Arlene met John Cochran and they decided to blend their lives together. They bought a home in Valley, NE and she has lived there longer than she had ever lived anywhere else, and, “no, I was not a BIG RED FAN. When they beat Oklahoma in 1984 I learned and sang the fight song at Valhaven’s noon meal, and has been a fan ever since.” One of the great highlights in her life was going to the championship game in KC with Amber, but she said, “Believe me when I say, I have many great and wonderful memories in this life, with my children, Grand’s, Greats, family and friends. When Tara came to live with them, Arlene needed to get a job because Tara was getting very spoiled and going to a sitter would be good for her, so she started working at Valhaven Nursing Home in activities. She was there for the next 24 + yrs. She received her G.E.D. at Elkhorn, and became the activities director. Arlene was active in getting Rogert Park completed, and a fenced back patio for the residents of Valhaven. She was president of the Omaha Activities Assoc. for 2yrs and VP for 1 yr. After retiring from Valhaven, she worked for Reichmuth Funeral Homes, and was the director for Care-A- Van. Arlene was a member of the United Faith Church, active on the church board, taught Sunday School and Bible School, and she, John, and the children participated with the fellowship committee for many years. Arlene was a chapter parent for F.F.A., helped with Brownies, volunteered at the library and with many school activities with her children and grandchildren when ever needed. She was on Valley’s City Council for 8 yrs and continued to be interested in the happenings of Valley. Arlene had many things she enjoyed over her lifetime: reading, all kinds of music, knitting, crocheting, singing, camping, and always the holidays. For several years she has had a special friend Les Schaffer, and they have enjoyed spending time together. This is just a short summary of the things from her life, but as most of you know there is a lot more between the dashes 1939- 2021 Of all the things in life that were important, besides Arlene’s relationship with the Lord, were her children, Grand’s, Greats, Parents, siblings, nieces, nephews, and their Family Reunions for 40 + yrs, and a great many friends along the way. One thought from her to you, please remember this, “Every morning when you wake, God is in total control, the sun will shine for you again. He loves you and so did she.” PID, by Son Rocky Lawson, Stepson Terry Lawson, Grandson Eddie Lawson, Parents, 2 Brothers, 7 Sisters, and husbands: Donnie Lawson, David Whitaker, and John Cochran. Arlene is survived by son Keith (Jane) Lawson , Valley; daughters: Yvonne Lawson, Omaha, Robin Hanson, Valley, Daughter/Grand Tara (Jermey) Stand Bronx NY; Grandsons: Damen (Shelly) Lawson , Omaha, Travis (Hailey) Lawson , Valley, Anton Lawson, FL, Justin (Lisa) Cochran , NM, and Zach Houchins, Lincoln; Granddaughters: Amber (Nick) Backman, Valley, Mariah (Cody) Babbel, Omaha, Courtney Lawson, Valley, Erica (Michael) Black Collegeville, PA, and Krista (Jason) Jefferson, Pottstown, PA; Great Grand’s: Gavin and Kaleb Lawson, Osiris and Ezra Stand, Cassandra Lopez, James, Ethan, Ryan, and Arianna Black, Kylie and Jacob Jefferson, Aidyn, Rylan, Grayson, and Madelyn Backman, Taelynn and Berklee Babbel; Special friend Les Schaffer, Windom, MN; Brother In-law John Paul Brewster, Piketon OH, Sister In-law Loretta Stowe Thief River Falls, MN, Many special nieces, nephews, and friends. Arlene was the sister of 9, Mother of 6, Grandmother of 12, GG, to 17, Dau of 2, Servant of 3.

Memorials to Camp Moses Merrill or Caravan Arlene Resyne (Stowe) Cochran was born October 8th 1939, on a farm in Jackson County, MN to Howard and Minnie (Kruse) Stowe. She was the youngest of ten children. She had 7 sisters and 2 brothers.... View Obituary & Service Information

The family of Arlene Resyne Cochran created this Life Tributes page to make it easy to share your memories.

Send flowers to the Cochran family.