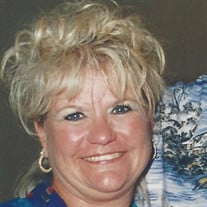 Memorials to the family. Barbara Jean Klebe was born on June 5, 1951 in Omaha, Nebraska to Karl and Donna (Albers) Klebe. She grew up and attended grade school in downtown Elkhorn. Barb was active in school as a cheerleader, majorette, trumpet player in the band, and in the Drama club. She graduated from Elkhorn High School in 1969. Barb went on to earn a degree from Midland College in 1973 with a double major in English and Communication Arts and was elected to Who’s Who among college students that year. Barb married Ron Fletcher on July 5, 1970 at Bethany Lutheran Church in Elkhorn, Nebraska and they were blessed with two children: Brenda and Justin. Barb and Ron raised their family in Elk City before moving to the “house on the hill,” that they built in Bennington in 1979. Barb worked as a teacher in Fremont, Nebraska where she taught English, Journalism, Speech and Drama before becoming a Realtor at Wurdeman Gallery of Homes in 1977. She enjoyed a long and successful career in the real estate business. She was one of the seven original founding members at Ambassador Real Estate in 1984. Barb was “Rookie of the Year” in her first year and went on to receive many awards during her career. She enjoyed skiing, boating and dancing, and in her later years, she even learned to love camping. Barb married Michael Baker on May 31, 2002 at St. Mark’s Lutheran Church in Valley, Nebraska and they enjoyed 15 years together at their home at Timberlodge Lake, south of Valley. Barb loved to travel, most notably ski trips to Colorado, trips to Minnesota to visit her brother, and vacations to Hawaii, the Cayman Islands, and Playa del Carmen. She was a loving, big-hearted, hardworking woman who enjoyed entertaining. She loved to host parties at her house for any, and all, holidays and would cook enough food to feed an army. Barb was a rabid Husker fan and was known to be quite loud cheering them on! Her favorite thing was to spend time with her family, especially her grandchildren. Barb passed away on October 8, 2019 at Lakeside Hospital in Omaha, Nebraska at the age of 68 years, 4 months and 3 days. She was preceded in death by her parents Karl and Donna and husband Mike Baker. Barb is survived by children: Brenda and Rusty Olson of Omaha, and Justin and Jessi Fletcher of Yutan; 6 grandchildren (Madison, Ava, Sam, Nate, Austin, and Emily); and her brother Byron (Linda) Klebe of Fargo, ND.

Memorials to the family. Barbara Jean Klebe was born on June 5, 1951 in Omaha, Nebraska to Karl and Donna (Albers) Klebe. She grew up and attended grade school in downtown Elkhorn. Barb was active in school as a cheerleader, majorette, trumpet... View Obituary & Service Information

The family of Barbara Baker created this Life Tributes page to make it easy to share your memories.

Memorials to the family.

Send flowers to the Baker family.