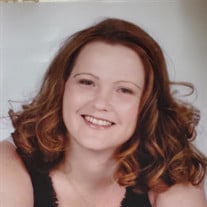 Memorials to the American Cancer Society Bridget Ann Crafton was born on November 27, 1960 in Marshall, Missouri to Norman and Marie (Draffen) Nelson. She grew up in Marshall where she attended grade school and graduated from Marshall High School in 1979. Bridget went on to study at Missouri Valley College. As a young girl, Bridget enjoyed swimming, gymnastics, track and roller skating but her passion was horses. Bridget married David Crafton on July 28, 1979 at the First Assembly of God Church in Marshall, Missouri and they were blessed with four children: Jason, Jackie, Brandon and Brittiany. Bridget and Dave raised their family in Marshall and Jefferson City, Missouri before settling in Omaha, Nebraska in 1989. Bridget, while in high school, worked in the kitchen at the Marshall Rehabilitation Facility. Later, she worked at Walmart, Sam’s Club and the Omaha World Herald before moving to Logan Contractors Supply in Omaha. Bridget dearly loved her grandchildren and treasured the time she would spend following their activities. She was a caring and loving woman who often was the “caregiver”. Bridget handled her 18 month battle with Pancreatic Cancer with dignity and grace. She loved watching old shows, was an avid Kansas City Chiefs fan and savored a chicken and dumplings dinner at Cracker Barrel. Bridget passed away peacefully on Friday morning, June 12, 2020 at her home in Omaha with her loving family by her side at the age of 59 years, 6 months and 16 days. She was preceded in death by her parents Norman and Marie and sister Gina. Bridget is survived by her husband David; children Jason (Kristen) of Omaha, Jackie Crafton of Elkhorn, Brandon of Omaha and Brittiany Crafton of Omaha; 11 grandchildren; brother Dean (Tina) Nelson of Marshall, MO; sisters Linda (Larry) Wade of Lake of the Ozarks, MO and Sheila Mikle of Marshall, MO

Memorials to the American Cancer Society Bridget Ann Crafton was born on November 27, 1960 in Marshall, Missouri to Norman and Marie (Draffen) Nelson. She grew up in Marshall where she attended grade school and graduated from Marshall High... View Obituary & Service Information

The family of Bridget Ann Crafton created this Life Tributes page to make it easy to share your memories.

Memorials to the American Cancer Society

Send flowers to the Crafton family.