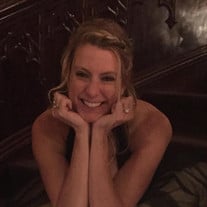 Carrie Essink Memorial Donation Fund On October 23, 2021, our family had to do the hardest thing we've ever done. Our beautiful bride, high school sweetheart, and the mother of three amazing children passed away unexpectedly. Carrie fought... View Obituary & Service Information

The family of Carrie Ann Essink created this Life Tributes page to make it easy to share your memories.

Send flowers to the Essink family.