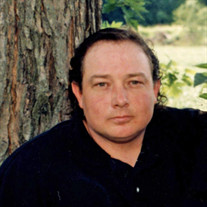 Charles Henry &#8220;Charlie&#8221; Miller was born July 4, 1962 in Wahoo, Nebraska to John and Jeris (Sievers) Miller. Charlie grew up in Yutan, attending school there, and graduating from Yutan High School in 1980. Growing up, he played... View Obituary & Service Information

The family of Charles H. Miller created this Life Tributes page to make it easy to share your memories.