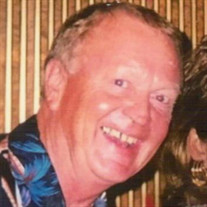 In Lieu of flowers, Memorials to Waterloo Fire Dept; Our beloved friend Ben was born February 26, 1946, to Charles and Daphne (Payne) Stenglein in Omaha, NE. Ben was well known at a young age and grew to become a staple throughout the Waterloo... View Obituary & Service Information

The family of Charles 'Ben' Stenglein created this Life Tributes page to make it easy to share your memories.

In Lieu of flowers, Memorials to Waterloo Fire Dept;

Send flowers to the Stenglein family.