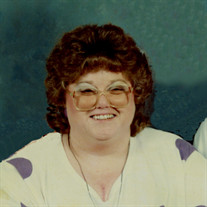 Cheryl Anne (Beberniss) Winkler, was born on February 19, 1957 and was adopted at the age of 11 by Fred and Marlene Beberniss of Omaha, Nebraska. Cheryl attended Westside High School in Omaha. Cheryl met a young man, Glen Winkler, at a roller skating rink and he asked her to skate for the first moonlight couple’s skate. When it came time for the second one of the night, as Glen was looking around for someone to skate with, she slipped her hand in his and they were together forever after that moment. They were married on March 29, 1975. To this relationship, one son, Jerry, was born. The couple made their home in Fremont and soon moved into the home they purchased and have lived in ever since. Glen went to work at Hormel and through diligence and wise choices was able to retire with his bride at age 57. Cheryl loved to chat with people and it was only natural that she took on a job working as a lunchtime waitress at Little King and then Nifty Fifties. As a child, Cheryl was overcome by a bout of Rheumatic fever which affected her health throughout her lifetime, requiring her to have two separate surgeries to have two of her heart valves replaced with mechanical valves. She has been tied to oxygen for the later years of her life, which restricted her ability to move around and socialize, but which never stopped her sense of humor and adventure. Cheryl loved to play pool and regularly played with a group of ladies in a league. She was able to continue this up until just the last year or two. She was also an avid reader and had a passionate love for Diet Pepsi. She and Glen enjoyed sitting in the back yard enjoying something from the grill and imagining the conversations of the male and female sparrow that would slip over the fence when Glen would fill the feeder. Sheryl passed away on December 16 at the age of 62 in Omaha, Nebraska with her husband Glen at her side loving her faithfully until the very end. She is preceded in death by her adoptive parents, Fred and Marlene Beberniss, survived by her husband Glen of Fremont, son Jerry of Lincoln, grandsons Daniel and Travis of Fremont and brother Wayne (Thelma)Baberniss and Niece Willow of Papillion, sister in law Sue Stromer and Niece Michelle Schneider of Bartlett and Mother in law Marilyn Winkler of Fremont.

Cheryl Anne (Beberniss) Winkler, was born on February 19, 1957 and was adopted at the age of 11 by Fred and Marlene Beberniss of Omaha, Nebraska. Cheryl attended Westside High School in Omaha. Cheryl met a young man, Glen Winkler, at a roller... View Obituary & Service Information

The family of Cheryl Anne Winkler created this Life Tributes page to make it easy to share your memories.

Send flowers to the Winkler family.