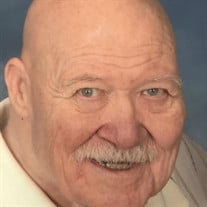 Memorials suggested to Elkhorn Hills United Methodist Church, Elkhorn, NE. Courtney was born on November 11th, 1942, in Kansas City, Missouri, to Courtney and Mary Jane Campbell. After residing in Indianola, IA for part of his childhood, the family moved to Omaha. He attended Belvedere grade school, then to Omaha North for high school, where he graduated in 1960. He attended UNL for 3 years, joining Delta Tau Delta fraternity. He joined the Army in 1964, where he was stationed in Germany. He enjoyed skiing all over Europe, and often bragged about being a driver for a Lieutenant Colonel. After his honorable discharge from the Army, he returned to finish college at UNL, where he would eventually meet the love of his life, Carol. What was supposed to be a blind date with his brother Jim and Sister-in-law Linda, Carol wanted to check out her future husband beforehand. Carol snuck into Myrons Pizza and Bar surprising Courtney during his shift. Luckily for Courtney, the date went as planned in April of 1967. On February 24, 1968, Courtney and Carol were married at the United Methodist Church in Elwood, NE. To this union, 3 children were born, Corey, Connie and Cindy. He spent many years working in Real Estate and Agricultural Chemical Sales, but his real calling in life was a master communicator for his North High School class of 1960, and his many social groups including bowling, golf and hunting. The highlight was often the end of year lobster boils with the bowling team, everyone’s duties itemized in the Crustacean Caper newsletter sent out prior. The Good Guys golfing trips also topped the list, where jokes were told (where Courtney had one for every occasion), and many cold beverages consumed…they played some golf too. Courtney was also a frequent participant in the local newspaper, often voicing his opinion in the Public Pulse. He was a true Patriot, believing in the 2nd amendment, and the Republican party. The family would spend summers on Big Mantrap Lake in Minnesota, where he enjoyed fishing, teaching his children how to water-ski, and enjoying cold beverages. Courtney was a charter member of Elkhorn Hills United Methodist Church in Elkhorn, a devoted 48-year member of the Tangier Shrine (many years as a clown), a Mason, the Scottish Rite and the American Legion. Courtney truly loved his family and his friends. He passed peacefully surrounded by his family, just the way he wanted. He will be dearly missed. Courtney “Corky” Campbell, III, age 77 of Elkhorn, passed away peacefully June 12, 2020 at his home surrounded by his family. Courtney is preceded in death by his parents Courtney Jr. and Mary (Smith) Campbell and his brother, Dr. Jimmy Campbell. He is survived by his loving wife of 52 years, Carol; his children: Corey (Terri) Campbell of Bellevue, Connie (Scott) Vanderheiden of Gretna, and Cindy (Jon) Friese of Elkhorn; 9 grandchildren: Colin and Anna Campbell, Tanner, Garret, Camden and Grayson Vanderheiden, Ethan Williamson, and Courtney and Cameron Louis; sister-in-law, Linda Campbell; nephew, Chris (Amalya) Campbell; niece, Sue Ann Seitz; and cousin, Karen (Steve) Read. Visitation Tuesday 2 to 7pm, with family receiving friends from 4 to 7pm (following CDC guidelines) at Reichmuth Funeral Home in Elkhorn. Private Inurnment at Omaha National Cemetery.

The family of Courtney Campbell III created this Life Tributes page to make it easy to share your memories.

Send flowers to the Campbell family.