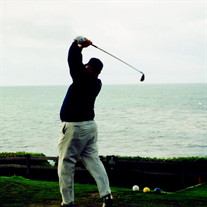 David William Allen, age 69, passed away on September 2, 2019, in Omaha, Nebraska. He was born to Donald and Lois (Sander) Allen on February 14, 1950, and grew up in Oakland, Iowa. He remained exceptionally close to his parents throughout their lives. Dave graduated from Oakland High School in 1968 and attended Morningside College in Sioux City, Iowa, where he was a member of the Sigma Phi Epsilon fraternity. Dave married Mary (Eastman) on March 2, 1973 at St. Pius X in Omaha. They made their home in Oakland, where they raised their daughter, Nicole. Dave was a caring husband and intensely proud father and grandfather. Known for his lightning-quick wit, he loved golfing, fishing, boating, snowmobiling, and spending time at his house in Lake of the Ozarks. Throughout his life, Dave shared an endless stream of humor that, like his smile, remained unbroken even in his last hours. His playful and eccentric nature reflected the joy he felt in watching his grandkids, cherishing his wife, and spending time with the family and friends he loved. A lifelong fan of his Iowa Hawkeyes, Dave sold insurance to those who were self-employed in his native state before moving to Omaha in 2012 to be closer to his grandkids. The move also put him closer to his two grand-dogs, Gus and Murphy. He claimed to dislike the dogs and demonstrated this by visiting them often and showering them with affection. They will miss him, too. Dave held a special gravity that stemmed from his irreplaceable combination of warmth and mischief. His knack for storytelling and impressions could make him the center of attention in any room. Dave also appreciated fast muscle cars and expensive scotch on someone else’s tab. He reminded all to live more and worry less, never forgetting to enjoy life. For himself and those around him, Dave made the most of every occasion. He was preceded in death by his parents, Donald and Lois; father-in-law, James Eastman; and sister-in-law, Pamela Allen. Celebrating Dave’s life are his wife, Mary of Elkhorn, Nebraska; daughter, Nicole Osborn and her husband, Andrew Kimball of Elkhorn; mother-in-law, Shirley Eastman; six grandchildren: James, Grace, William, and Samuel Osborn, and Aiden and Gracie Kimball; brother Mitchell Allen and wife, Susan; sister Christy Shultz and partner, George Cherniawski; son-in-law Mark Osborn; many in-laws, nieces, nephews, and extended family members; and countless friends he made in life. After a private burial at Elkhorn Cemetery, public visitation will be Friday, September 20, 2019, from 5 to 7 p.m. at Reichmuth Funeral Home in Elkhorn. Memorials can be sent to the Muscular Dystrophy Association (MDA), a nonprofit Dave passionately supported alongside his family (visit mda.org). Reichmuth Funeral Home is managing arrangements, and your memories and messages of care can be shared with the family at ReichmuthFuneralHomes.com.

David William Allen, age 69, passed away on September 2, 2019, in Omaha, Nebraska. He was born to Donald and Lois (Sander) Allen on February 14, 1950, and grew up in Oakland, Iowa. He remained exceptionally close to his parents throughout their... View Obituary & Service Information

The family of David W. Allen created this Life Tributes page to make it easy to share your memories.

Send flowers to the Allen family.