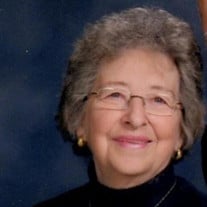 Delores (Dee), was born in the Township of Brothersfield, South Dakota on September 19, 1932. Her parents were, Dick Van Essen and Hulda (Krumbach – maiden name). Dee grew up on a farm near Parker, South Dakota. She had all those typical farm chores like gathering eggs. Which sometimes was a challenge with a feisty hen. Milking cows as the farm cats would gather around hoping for a taste. Even driving the tractor and helping her mother with the house duties. She also would help her aunt on a nearby farm take care of her disabled child and clean her house. Maybe all those responsibilities, starting at a young age, are what made her such a hard worker all her life. Dee would like to tell the story how she was the first kid on the bus and unfortunately, the last one off. Sometimes in the cold snowy winter it would be a three hour ride. When the weather was nice, sometimes Dee would make the long walk home from school cutting through the fields. One day that long walk became a smelly one too as she was sprayed by a skunk. When she got home, her mother setup the metal bath tub outside. Dee bathed while her mother burned her clothes. After graduating from high school. Dee got a job waitressing at a restaurant. One day LaVern walked in and that is where they met and eventually married in 1951. In 1952 LaVern was drafted into the Marine Corps and sent to Camp Pendleton in California. Dee, being pregnant with Larry, moved to California to be near and with LaVern as he went through training. After LaVern’s training he was sent to the Korean War. So Dee packed up herself and newly born Larry and moved back to the farm to live with her parents until LaVern returned from the war. Dee and LaVern then moved to Freeman, South Dakota where Debbie and Tammy were born. In 1964 Dee and family moved to Valley, Nebraska. Dee took a job waitressing at Millers Café. After that she worked at Val Haven Nursing Home for many years as a CNA (Certified Nursing Assistant). Finally retiring at age 75. Dee had a strong faith in our Lord, she enjoyed belonging to women’s bible study groups. Also, her and LaVern were Youth Group Leaders as well as helping with other church activities. Her children remember the old piano in the house where Dee would like to play old Hymns. Dee’s kids will always remember their mother’s borscht soup, kolaches and cream puffs. In Dee’s spare time, she enjoyed growing a garden and refurbishing antique furniture. Dee went to a Nursing Home February 2017 after suffering a stroke which paralyzed her right side. She also had been dealing with a slow progressing Alzheimer’s disease for many years. Even with all this, Dee never lost her spunkiness. She would always have witty old little quips to say to people. Such as; “don’t accept any wooden nickels” or if someone asked her, “would you like cream and sugar in your coffee, she would say, why ruin a good cup of coffee”. As hard as it was watching their mother toward the end of this life, her children were at peace, knowing Dee’s faith in Jesus was secured. To sum up Delores; she was selfless, independent, hardworking, loved her family and Loved our Lord and Savior Jesus Christ. Delores A. “Dee” Fast, 89, of Valley, died 10/27/21. Preceded in death by parents, husband LaVern, daughter Joann, grandson Brian Fast, and brother Erwin Van Essen. Survived by son Larry (Diane) Fast of Omaha, daughters Debora (Perry) Weber of Elkhorn and Tammy (Mark) Henderson of Valley, 8 grandchildren, 10 great grandchildren. Funeral service 10:30 AM Saturday, Reichmuth Funeral Home in Elkhorn, with visitation one hour prior to the service. Interment Prospect Hill Cemetery, Elkhorn. Memorials to Care-A-Van or the Valley Rescue Squad.

Delores (Dee), was born in the Township of Brothersfield, South Dakota on September 19, 1932. Her parents were, Dick Van Essen and Hulda (Krumbach &#8211; maiden name). Dee grew up on a farm near Parker, South Dakota. She had all those typical... View Obituary & Service Information

The family of Delores A. "Dee" Fast created this Life Tributes page to make it easy to share your memories.

Delores (Dee), was born in the Township of Brothersfield, South...

Send flowers to the Fast family.