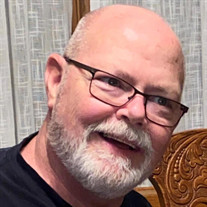 Donald E. Clark, Jr. was born March 29, 1958 in Omaha, Nebraska to Donald, Sr. and Phyllis (Green) Clark. Don grew up in Omaha, and graduated from Millard High School in 1976. While growing up, Don was most interested in cars. Following high school, Don enlisted in the United States Coast Guard. He served from November 1976 until his honorable discharge in November 1980. While enlisted, Don began training for his future career by enrolling in Maritime Law Enforcement School. He was also fortunate enough to earn the Domain of the Golden Dragon certificate for sailing across the International Date Line. Don married Joyce Nemec on October 29, 1983 at Holy Trinity Heun Parish of rural Clarkson, Nebraska, and to this union, two daughters were born; Kristen M. and Kathleen R. The family made their home in Omaha. Don received an Associate Degree in computer programming from Metropolitan Community College. Don achieved his dream of becoming a law enforcement officer, graduating from NLETC on December 6, 2012. He continued to work for Metropolitan Community College, achieving the rank of Seargent. Don was a loyal, patriotic, dedicated, and honorable man. He was a huge fan of the Huskers, and enjoyed movies such as “We Were Soldiers”, “Braveheart” and “The Guardian”. He loved motorcycles and cars, collecting old tools, woodworking, and guns. He cherished the birth of his daughters, and his grandchildren were the world to him. He will be remembered for his dry sense of humor, and for being the nicest, cranky old man you would ever meet! Don passed away on Wednesday, February 9, 2022 at Methodist Hospital in Omaha, Nebraska at the age of 63 years 10 months and 12 days. Don was preceded in death by his parents Donald & Phyllis Clark and sister Patricia Cahow. He is survived by his wife Joyce of Omaha, daughters Kristen Clark of Omaha, and Kathleen (Aaron) Kauffman of Elkhorn, grandchildren Mercer and Avery, sister Dianna (Tom) Zoucha of Elkhorn, brothers James (Teri) Clark of Lincoln and William (Arielle) Clark of Gretna, brother-in-law Ronn Cahow, nieces and nephews. Funeral Mass Tuesday at 10:30 AM, St. Patrick’s Catholic Church, Elkhorn. Interment with military honors at St. Mary’s Catholic Cemetery at Tabor, near Howells, NE at 2:15 PM Tuesday. Visitation Monday at the church from 5-7 PM with a wake service at 7 PM. Memorials to the donor’s choice.

Donald E. Clark, Jr. was born March 29, 1958 in Omaha, Nebraska to Donald, Sr. and Phyllis (Green) Clark. Don grew up in Omaha, and graduated from Millard High School in 1976. While growing up, Don was most interested in cars. Following... View Obituary & Service Information

The family of Donald Eugene Clark jr created this Life Tributes page to make it easy to share your memories.

Send flowers to the Clark family.