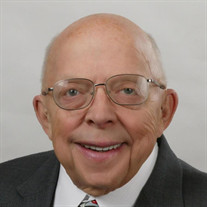 Memorials to Douglas County Youth Center; live stream available at www.reichmuthfuneralhomes.com/obituaries/permalink/9892198/LTWebcast Dwite Andrew Pedersen, along with his twin brother Dwain, were born on October 20, 1941 in Chamberlain, South Dakota to Lauritz and Helen (Lindskov) Pedersen. He grew up in Winner, South Dakota where attended grade school, graduated from Winner High School in 1960 and attended South Dakota State University for one year. Dwite started working at an early age, first at the local laundromat and then at the funeral home. Dwite married Priscilla Dougherty on April 3, 1970 at Holy Name Catholic Church in Omaha, Nebraska and they were blessed with four children: Daniel, Andrew, Michaela and Megan. They built their home in Elkhorn in 1973 where they raised their children and made their lifelong home. Dwite had a pure and genuine devotion and passion for working with young people, especially those in trouble. He moved to Omaha to work at Boys Town with his twin brother. He stayed involved with Boys Town and a part of the lives of many of the boys he considered his own until the day he passed away. After leaving Boys Town, he bought a small bar and dance hall, Denkers Bar and Ballroom in Elkhorn. He then went on to work at International Harvester Trucking Company where he was an accountant for a brief time as he continued to follow his passion. Following treatment, Dwite began working in drug/alcohol counseling at Eppley Treatment Center and Richard Young. He continued to be a drug/alcohol abuse counselor in private practice and contracted with Douglas County and maintained his licensure to date. He received his Bachelors Degree in Human Relations from Doane College in 1994. He spent countless hours in and out of jails visiting and working with inmates and their families. Dwite served as a Nebraska State Senator for four terms in the Nebraska Legislature (1992-2008). Dwite was very involved with Alcoholics Anonymous (AA) where he began his sobriety 40 years ago. He was always active in and very devoted to his church. Dwite’s most precious time was spent with his family, his children and grandchildren. There’s nothing he wouldn’t do to spend time with them. He loved riding his motorcycle and hunting with Andy and other close friends. As long as the weather was good, you could find him out on the bike enjoying the wind therapy. He loved going to Michaela and Megans for dinner often and supporting all of the grandchildren’s activities. He was so proud of his family and bragged of them every chance he could. Dwite was the most genuine, loving, generous, kind soul there was. He absolutely loved everyone he met, and they loved him. His story would not be complete without mentioning his love for Mickey Mouse. Dwite had Mickey depicted everywhere as a symbol of happiness. Dwite passed away unexpectedly in his sleep, with a smile on his face on March 16, 2021 at his home in Elkhorn, Nebraska at the age of 79 years, 4 months and 24 days. He was preceded in death by his parents, wife Poe, brother Marlin and son Daniel. Dwite is survived by his son Andrew (Jennifer) of Omaha; daughters Michaela Jackson of Omaha and Megan (Michael) Nelson of Elkhorn; 9 grandchildren (Caeli, Krista, Cameron, Kyle, Caleb Dwite, Clayton, Priscilla, Samantha and Zachary) and 3 great grandchildren (Damion Dwite, Kai, and Sevyn); Twin brother Dwain of Omaha and brother Clio of North Carolina.

The family of Dwite Pedersen created this Life Tributes page to make it easy to share your memories.

Send flowers to the Pedersen family.