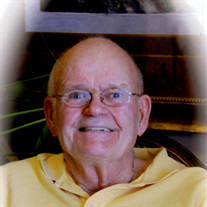 Edward “Eddie” Kojdecki, age 76 of Valley, NE, died on Thursday, June 13, 2019 at Valhaven Care Center in Valley under Hospice Care. He was born the son of John and Frances (Nownes) Kojdecki on June 19, 1942 in Omaha. Eddie’s family lived in Omaha until they moved out West – south of Center Street, along the Elkhorn River. In 1960, the family moved to Valley, NE. Eddie’s mom died in December of 1971. His dad remarried to Dorothy Hardin in 1974 and they made their home in Lincoln, NE. At the time, Eddie bought his own home in Valley which was less than two blocks from his brother Mike. He lived there independently for over 30 years and then moved to Orchard Gardens assisted living in Valley. He lived there until his health required him to relocate to Valhaven Care Center also in Valley. Ed worked for the Douglas County Roads Department as a Truck Driver until he retired after 35 years of employment. He was an active volunteer of the Valley Fire and Rescue and thoroughly enjoyed being a part of it and serving as Sergeant of Arms. He enjoyed life with his dog and a cat (Sam) at separate times when he had his home. When asked what was a favorite thing to eat – he would hold up two fingers to show how thick he liked his juicy steak. He was also know for stopping off at DQ for a Blizzard. Some of his favorite things to do and see – were fishing trips, the College World Series of which he had season tickets – including this year; but he never wanted to miss a Nebraska Football game either. Ed’s friend, Brian Vencil, took him to one of the CWS game and a Nebraska Football game – wheel chair and all. In fact, plans were made for him to attend game 5 of CWS this week at TD Ameritrade Park. He is preceded in death by his parents, John and Frances Kojdecki; and his step-mother, Dorothy (Hardin) Kojdecki. Edward is survived by: his brothers, Mike (Pat) Kojdecki of Valley and John (Laurie) Kojdecki of Springfield, MO; aunt Catherine Schutz of Omaha; as well as eight nieces and nephews.

The family of Edward Kojdecki created this Life Tributes page to make it easy to share your memories.

Send flowers to the Kojdecki family.