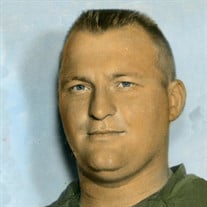 Gary Dean “Fizzy” Redel entered this world as a twin on June 11, 1948. The fourth child of John and Delores (Meyers) Redel. He was baptized March 6, 1949 and confirmed April 15, 1962 at Trinity Lutheran Church, Winside, NE. Gary attended elementary and graduated high school in Winside, NE. The youth in the area would gather to play baseball. Gary would be the catcher retrieving balls from a left-handed pitcher, which would usually be wild and he would fizzle trying to catch them. He was nicknamed “Fizzy” enduring this sport position. He also played football and was a wrestler. At an early age, Gary became a farmhand for the Kant family in Winside. He learned the arts of farming and raising livestock and developed a passion for tractors. As a teenager, Gary enjoyed working on cars. He befriended Bun Herschied and Willis Mahler. He became a member of the Herschied Racing Team. Bun was killed in an auto accident in 1965 and Willie Mahler brought the “75” race car to West Point. Fizzy met Linda Hagedorn, who lived in the Mahler neighborhood and it became love at first sight. Upon graduation from Winside High School in 1967, Gary moved to Bennington assisting his brother-in-law, Darrell Braesch farm and worked full time at John Deere Company in Omaha. Gary was drafted into the US Army 2/19/1969 serving in Vietnam in the transportation division with the 842nd QM Company at Quang Tri. He received the army commendation medal for meritorious service in support of military operations against communist aggressions in the Republic of Vietnam from 7/14/1969 to 9/27/1970. Gary married Linda Hagedorn 11/21/1970. They were blessed with a daughter, Emily, who was born the day before the tornado of 1975. Emily married Timothy Alan Hurt of Fremont on 6/24/2000. Upon termination of the John Deere Depot in 1981, Gary worked for AT&T and Immanuel Hospital. In 1985, Gary accepted a job offer with Bennington Public School. He took great pride in the appearance of the school and surrounding grounds. He retired from there after 25 years in 2010. In addition to full time employment, the three Redels provided lawn services and snow removal. The Bank of Bennington also employed them for over 34 years performing janitorial services. Gary was diagnosed with a form of dementia in July 2017 that affected his mobility and cognition. Fizzy was mild mannered with a sense of quick-witted humor. A favorite cliché of his was “Quit complaining, work don’t hurt you none!” He had an earthly wisdom that came from the sod rather than schooling. He is remembered as a storng willed person who was never wrong, only proven correct! Gary was a devoted husband and father who never forgot a birthday, Mother’s Day, or anniversary without a card and gift. People remember him for doing good deeds such as unlocking car doors. He enjoyed being Santa’s helper for over 25 years. The youngest child to sit on his lap was only five days old. Gary departed from this world on November 15, 2021 being reunited in heaven with his parents, John & Delores Redel; brother, Dennis Redel; brother-in-law, Darrell Braesch; sister-in-law, JoAnn Redel; and father & mother-in-law, Ray and Liz Hagedorn. Left to cherish his memory are his wife of 50 years, Linda; caring daughter, Emily (Tim) Hurt; sister, Leila Braesch; brother, Stanley (Butch) Redel of Omaha; twin brother, Larry (Kathy) Redel of Columbus, NE; sister-in-law, Gayle Redel-Smith of Holdrege, NE; brother-in-law, Dean (Donna) Hagedorn of Dodge, NE; brother-in-law, Lee (Judy) Hagedorn of Brighton, CO; and many nieces, nephews, and cousins. VISITATION: 5-7pm Thursday November 18th at Reichmuth Funeral Home with WAKE SERVICE beginning at 7pm. FUNERAL MASS: 10:30am Friday November 19th at St. Patrick’s Catholic Church in Elkhorn. INURNMENT: Flower Hill Cemetery. Memorials may be directed to the family for designation at a later date.

The family of Gary "Fizzy" Dean Redel created this Life Tributes page to make it easy to share your memories.

Gary Dean “Fizzy” Redel entered this world as a twin on June...

Send flowers to the Redel family.