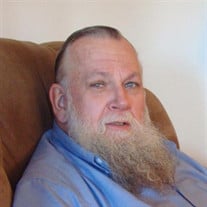 Memorials to American Cancer Society or VNA; Gerald “Jerry” Thomas Kane was born on November 9, 1947 in Omaha, Nebraska to Richard and Marie (Burke) Kane. He grew up in Omaha where he attended grade school and graduated from Omaha South High School in 1966. As a young boy, Jerry was active in the Boy Scouts, enjoyed trapping and playing football. Jerry married Pam Novotny on August 13, 1982 in Papillion, Nebraska. Jerry and Pam raised their family in Papillion. For 47 years, Jerry worked at the Omaha World Herald as an Electronic Technician. He enjoyed fishing, nature walks with the kids, brunch with friends and playing with grandkids: Delphine and Gage. Additionally, Jerry loved trips to the casino, caring for his lawn, petting Ariel (his cat) and giving Pam a hard time. He treasured his regular Friday trips to Lincoln to pick up Jennifer when she was a freshman in college (and not so keen on driving on the interstate) and being available for “Fatherly Advice” for his son’s friends. Jerry was fastidious (he could spot a scratch on a car from 20 paces and wouldn’t hesitate to buff it out), hardworking, funny, straight forward and just a wee bit stubborn. He enjoyed listening to classic country and oldies music and watching Harry Potter movies. If there was ever a debate between Harry Potter and Lord of the Rings, Jerry always took the Harry Potter side. Jerry savored a good cigar, a big steak and a cold beer while watching TV. He was an avid Huskers fan and looked forward to dinner out at Anthony’s. He had no tolerance for low gas in the car, dirty cars or leaves in the garage. Jerry had several favorite sayings: “I’m broke as a nut” (which no one knew what it meant), “just a walk in the park” (for the long walks during Disney park days), “most excellent” and “it is what it is”. Special memories include: his favorite ride at Disney World… Splash Mountain, which he would go on endlessly with his kids, Jennifer and John, movies with the kids during Christmas break, the rare homemade family breakfast where Jerry would cook sausage, eggs, and homemade hash browns, his “crazy-these can’t be real, but wouldn’t they be cool-I think they’re real” stories of his youth, playing with Delphine, throwing nerf balls at Gage, and of course his dedication to never leaving the house without a button-down dress shirt and blue jeans. Jerry passed away on Saturday, August 8, 2020 at his home in Papillion, Nebraska surrounded by his family at the age of 72 years, 8 months and 30 days. He was preceded in death by his parents Richard and Marie and sister Cyndi. Jerry is survived by his wife Pam; son John (Mandie) Kane of Papillion; daughters Jennifer Kane (Guillaume Malik) of Lincoln, NE and Jeannette Kane of Lincoln, NE; grandchildren and great grandchildren; siblings; mother-in-law Evelyn Novotny of Omaha. Jerry was fearless until the end. He never shied away from adversity. Instead, he always faced it head on with a casual joke, a rolling up of his sleeves, and a defiant extending of a middle finger… two, if the situation warranted it. c

Memorials to American Cancer Society or VNA; Gerald &#8220;Jerry&#8221; Thomas Kane was born on November 9, 1947 in Omaha, Nebraska to Richard and Marie (Burke) Kane. He grew up in Omaha where he attended grade school and graduated from Omaha... View Obituary & Service Information

The family of Gerald Thomas Kane created this Life Tributes page to make it easy to share your memories.

Send flowers to the Kane family.