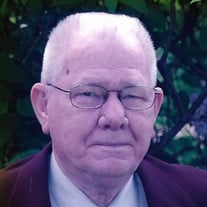 Memorials to Bethany Lutheran Church Glenn Franklin Barth was born October 29, 1936 on the family farm near Rushville, Nebraska to Henry and Iva (Lawrence) Barth. Glenn grew up on the farm, attending a one-room elementary school and graduating from Rushville High School in 1953. He was baptized and confirmed at St. Paul’s Lutheran Church in Rushville. As a young boy, Glenn helped out on the family farm and was involved in 4-H and FFA. He attended Western Community College in Scottsbluff for 2 years before going on to receive his bachelor’s degree in vocational agriculture from the University of Nebraska-Lincoln in 1958. Glenn married Phyllis Nelson on June 13, 1959 at First Lutheran Church in Oakland, Nebraska. Glenn served as a medic in the United States Army at Walter Reed in Washington D.C. Glenn and Phyllis settled in Elkhorn in June of 1961 where Glenn began teaching at Elkhorn High School. When the Berlin Wall was erected, Glenn was called back into service in October 1961 and was stationed in Fort Carson, Colorado. After his time in the army, Glenn returned to teaching in Elkhorn. In 1963, he began working as production manager at Robinson Seed Company, where he would work for nearly 40 years. He was an amazing dad to their four children: Brenda, Timothy, Thomas, and Gail. While his children were growing up, Glenn was supportive of all their activities and was involved with 4-H and taught Sunday school. Glenn was immensely proud of his children; all four went onto higher education, with one earning an MD degree, one earning a PhD and two earning their Masters degrees. Glenn was also involved with the Douglas County Extension Council, judged national FFA contests, and served as church council president and usher at Bethany Lutheran Church. In his free time, Glenn enjoyed bowling, gardening, genealogy, and woodworking. After retiring, Glenn and Phyllis enjoyed traveling to all 50 states, Canada, Mexico, Scandinavia, and the Caribbean. He enjoyed a big slice of pie and could often be found cheering on his Huskers, especially volleyball and football. He will be remembered for all of his furniture and wood art crafted out of love. Glenn was an easy going man with a heart of gold and will be missed by all who knew him. Glenn passed away at Methodist Hospital in Omaha, Nebraska on June 20, 2019 at the age of 82 years, 7 months, and 23 days. He was preceded in death by his parents Henry and Iva Barth; his sisters Vernetta, Viola, and Jane; and his brothers Lyle and Lloyd. He is survived by his wife of 60 years, Phyllis; sons Dr. Timothy (Susan) of Titusville, FL and Thomas (Jeanette) of Fairfield, OH; daughters Dr. Brenda (Dr. Robert) Roman of Middletown, OH and Gail Barth of Fremont, NE; grandchildren Scott (Eliza) Roman, Lance Roman, Nicolas Barth, Moreya Barth, Rachel Barth and Megan Barth.

The family of Glenn Franklin Barth created this Life Tributes page to make it easy to share your memories.

Send flowers to the Barth family.