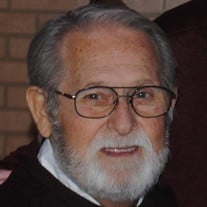 Gordon “Marty” Hunter : 08/10/43 – 01/11/22 Marty Hunter, 78, passed at home surrounded by family. Marty is the son of Clarence M. and Patricia J. (Weatherly) Hunter. Gordon was born August 10, 1943 in Alabama, He lived in Alabama, California, Crystal Beach, Texas and most recently resided in Valley, Nebraska. After graduating from high school in California in 1960, (as the Men’s State Champion of Competitive Roller Skating), Marty joined the Marine Corps. Marty served in the Marine Corps from 1960-1966 during the Vietnam War. He was an expert rifle marksman, honorably discharged as a CPL E4. His service to our nation, patriotism and love of country is a value that he has passed on to his children and grandchildren. Marty married Martha S. (Woodson) Hunter in April,9,1975 in Mexico. In addition to being a hard-working provider for his family he spent countless years volunteering in youth sports. He was a dedicated coach to hundreds of kids in baseball, softball, and football. He worked on countless team and community fundraisers to support local programs. He often shuttled players to and from practices and games making a lasting impact on not only his family but families throughout the community. He was a positive, jolly, jokester, helpful neighbor and friend to everyone he met. When Marty wasn’t helping others, he was spending time with his children and grandchildren. He loved the outdoors, often hunting, fishing, and camping. He passed on his love for cooking to the family as they participated in BBQ and Chili contests throughout Texas. He won the title prize for “World’s Best Chili” at many cook-offs in Texas. He Loved Texas, the New Orleans Saints, country music, and BBQ blue crabs. In addition to his dedication to the community, Marty was devoted to his family. His greatest joy was attending every one of his grandchildren's sporting, FFA, ROTC, acting, dancing, singing and skating performances. He traveled wherever needed as the photographer and cheerleader. Marty is survived by his wife, Martha Hunter; children: Cheryl (Steve) Hooks, Texas, Donnie (Melissa) Hunter, Texas, Blane (Dana) Hunter, Nebraska, Tiffany (Jeremiah) Krosecky, Texas, Derek (Nicole)Leathers, Nebraska, Clay Otis, Utah; grandchildren: Brad (Daisy) Metcalf, Jessa (Richard) Salazar, Gavin, Haley and Halaina Hunter, Brevin Hunter, Jacob and Mason Krosecky, Olivia and Creed Leathers; Great grandchildren Abigail and Clayton Metcalf, Ethan, Logan and Oliver Salazar; sisters: Patricia Hirschfeld, Texas and Donna Scott, Louisiana; many nieces nephews, other relatives and friends. He is preceded in death by his parents Clarence M. and Patricia J. Hunter and sister Gaye Melodee Hunter. Thank you to all who visited, called, sent cards, texts messages and prayed for Marty over the past weeks, months and years. Friends are invited to gather with the family for a celebration of life luncheon, at Valley American Legion Post #58, 111 East Front Street, Valley, NE 68064, from 12-2pm on January 16th, 2022. In Lieu of flowers, it is suggested to send memorials to the family to be designated at a later date. Condolences can be sent to the family on www.reichmuthfunneralhomes.com

The family of Gordon "Marty" Hunter created this Life Tributes page to make it easy to share your memories.

Send flowers to the Hunter family.