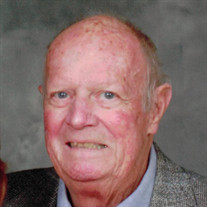 The family has requested all memorials be made in lieu of flowers to: The Food Bank of the Heartland - 10525 J St, Omaha, NE 68127 or can be mailed to or left at the Reichmuth Funeral Home - 21901 West Maple Road - Elkhorn, NE 68022 Greg Heiman, age 77 of Omaha, died on Friday, November 20, 2020 at Hospice House in Omaha. He was born on February 4, 1943 in St Louis, MO. Greg was the son of Joe & Dorothy Heiman he was the oldest of his 5 siblings. (Glen, Jeri, Rochelle, Rick, Dotti). He went to Chaminade High School in St Louis where he played first base for the Varsity Baseball Team. He had a passion for sports throughout his life that led him to coaching youth sports, and playing lots of golf and racquetball. Greg loved the College World Series which he attended religiously for 25 years, and his season tickets remain in the family today. He met the love of his life, Joanne in Kindergarten, and they started dating in 8th grade, and married at age 22. Greg started his career as a computer programmer at McDonnell Douglas, while completing his degree in Computer Science from Southern Illinois University. After 5 years of computer programming, he realized he had a knack for sales, and started his 25 year career in technology sales. His promotion into management led him to move the family to Omaha, where they established their home at Riverside Lakes. He loved his lake life where he made great friends, and did lots of boating and fishing. Throughout his life he served in the Catholic Church, from being an altar boy in his youth, to a Lector and Extraordinary Minister of the Eucharist (EME) in his adult life, and was an active member of the Knights of Columbus. He retired and fulfilled his dream of moving to Arizona in 2005 where he spent his time golfing, volunteering at the Food Bank, and teaching math in the local school district. He and Joanne moved back to Omaha in 2017. In his final years he enjoyed reading, watching Husker Sports, and spending time with his family. He was preceded in death by: his parents. He is survived by his loving wife of 55 years, Joanne Heiman of Omaha; son, Gregg Heiman of Waterloo, NE; and a daughter, Kristie Gerson of Mechanicsburg, PA; four grandchildren 4 grandchildren: Jake & Logan Heiman, Braden & Kyler Gerson; brothers, Glen and Rick Heiman; and sisters, Gerilynn Rille, Rochelle Hodge and Dotti Durbin,

The family of Greg Joseph Heiman created this Life Tributes page to make it easy to share your memories.

The family has requested all memorials be made in lieu of flowers...

Send flowers to the Heiman family.