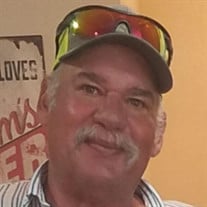 Gregory “Greg” Joseph Kibbie, Jr., 59, of Waterloo, NE, passed away unexpectedly in his sleep on May 22, 2021. Greg was born on June 20, 1961, in Omaha, Nebraska, to Gregory Sr. and Rosemarie (Saitta) Kibbie. He was their second child, born less than one year after sister Rosemary. Greg grew up in Valley, Nebraska, and graduated from Valley Public Schools in 1979. As a young man, his hobbies included riding bikes with friends, hunting with his father, fishing, and spending time on the family farm in Lynch, NE. Greg was also an accomplished trap shooter, and a member of the Fremont Izaak Walton Gun Club. After high school, he found work at the stockyards in Valley, then at Valley Corporation. He was also a member of the Valley Volunteer Fire Department. On August 21, 1983, Greg was married to Lisa Ruth, and this union was blessed with two children, Kyle and Clayton. Greg spent many hours watching his sons and nephew Zachary play basketball in the driveway, and frequently running the pool table with the boys and their friends. Also during this time, Greg started his own business, Kibbie Construction. Eventually he decided to begin work for the Lyman-Richey Corporation, where he spent several years. After 26 years of marriage, Lisa passed away unexpectedly in December 2009. In 2014, Greg retired from Lyman-Richey. On October 4, 2014, Greg married childhood friend Lisa (Rogert) Johnson, and they resided in Waterloo, NE. They enjoyed nearly 7 years of marriage, including building a home together, spending time outdoors, and making cherished memories with their children and grandchildren. Greg was known and loved for his sense of humor, his smile, and his cooking skills. He enjoyed Western movies, Ford vehicles, and sharing a “cold one” with family and friends. Above all, he valued his family and was very proud of his children. He will be missed. Greg was preceded in death by parents, Greg Sr. and Rosemarie; and wife Lisa Kibbie (Ruth). Greg is survived by wife Lisa Johnson-Kibbie; sons, Kyle Kibbie (Justine) and Clayton Kibbie (Kara); stepchildren Travis Johnson (Julie), Kyle Johnson (Regina), and Carlee Lockner (Justin); grandchildren, Grayson, Nolan, Braxton, Alexis, Dierk, and Ruby; sister Rosemary Wehner (Bruce), nephew Zachary Wehner (Jessica); great nephews Tyson and Maddox; and numerous other treasured relatives and friends. Celebration of Life: Tuesday, June 1, 2021, from 4:00-7:00pm at Reichmuth Funeral Home in Elkhorn, NE. Memorial contributions may be made to the Shriners Hospitals for Children.

The family of Greg Kibbie Jr. created this Life Tributes page to make it easy to share your memories.

Send flowers to the Kibbie family.