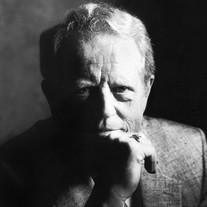 A precocious child and a gifted artist from childhood who described his early heroes as “achievers,” by the age of 14 Wayne was hired to run the Omaha Police Department’s sign shop during summer vacation, painting traffic signs and creating reflective emblems for police cars. Wayne was awarded an Omaha World-Herald Art Scholastic scholarship, and enrolled at Chouinard Advertising Art School in Los Angeles following his graduation from Omaha Technical High School. He switched to night classes and opened a sign painting business, creating all types of signs and displays. One of his customers was an advertising agency, and thus was born his love of the advertising industry. Upon his return to Omaha, Wayne worked briefly as an art director at an advertising firm before starting his own agency, eventually joining forces with Ron Kaplan to found the firm that became Smith, Kaplan Allen & Reynolds. Following the 1997 sale of the firm to a partner group that included daughter Joleen Smith David, Wayne continued to serve as board chair, and then as wise counsel, for his former colleagues. In January of 2019, former OWH publisher and chair of Berkshire Hathaway Media Group Terry Kroeger acquired the agency, which is now Smith Kroeger Marketing Communications. An avid golfer, Wayne was a member of Happy Hollow Country Club, where he shot a round of 84 at the age of 84, and shot a hole-in-one on the 15th hole at the age of 85. One of his fondest memories was following Jack Nicklaus around the course as he competed at Pebble Beach. With his wife of 70 years, Jeanette, he raised two children, Craig and Joleen. Wayne and Jeanette traveled the world together, and in later years loved to spend the winter months in Hawaii. They also enjoyed attending Husker football games, dancing, attending live theater performances and spending time with family, especially at their private lake property in LeShara, Nebraska, where they hosted an annual July 4th celebration. Wayne served on the advisory board of The Salvation Army in Omaha for many years, and with his wife was active in the Tech High Reunion group. He and Jeanette were members of the Junior Jaycees in their youth, and supported a long list of charitable organizations through the years. Wayne was preceded in death by his parents, Harold and Verna Smith, and his younger sister, Jeanne LaVallee. He is survived by his beloved wife, Jeanette (Leo) Smith, his son, Craig Smith (Rita) and daughter, Joleen Smith David (Mike Collins), grandchildren Aaron Smith, Rhea Smith Black (Adam), Ryan David and Jason David, nieces Diana Lucido and Paulette Carson, nephews Bradley and Mark Harris, and many grand-nieces and nephews, along with members of the extended Jacquie and Jake Forbes family and the LaVallee family. Longtime Elkhorn residents, Wayne and Jeanette were parishioners of St. Patrick Catholic Church. Once asked by his grandson Jason, “If you could have dinner with any five famous people from history, who would they be?” Wayne replied, “Jesus Christ and the four apostles who wrote the story of his life for the Bible.” We who love him hope his wish has been granted. VISITATION Wednesday, October 30, 4:00 – 7:00 p.m. with a Wake Service at 7:00 p.m. at the funeral home in Elkhorn. MASS OF CHRISTIAN BURIAL: Thursday, October 31, 10:30 a.m., St. Patrick Catholic Church in Elkhorn, with luncheon immediately following. Private family burial: Mount Calvary Cemetery. Memorials are suggested to The Omaha Salvation Army and the Nebraska Humane Society.

A precocious child and a gifted artist from childhood who described his early heroes as &#8220;achievers,&#8221; by the age of 14 Wayne was hired to run the Omaha Police Department&#8217;s sign shop during summer vacation, painting traffic signs... View Obituary & Service Information

The family of H. Wayne Smith created this Life Tributes page to make it easy to share your memories.

A precocious child and a gifted artist from childhood who described...