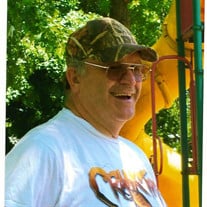 Harry Henry Hoult was the 7th child, and 2nd son of nine children born to Samuel David and Bessie Margaret (Golda) Hoult. He was born April 7, 1943 in Omaha, Nebraska at Doctor&#8217;s Hospital, the first kid in his family to be born in a hospital.... View Obituary & Service Information

The family of Harry Henry Hoult created this Life Tributes page to make it easy to share your memories.

Harry Henry Hoult was the 7th child, and 2nd son of nine children...

Send flowers to the Hoult family.