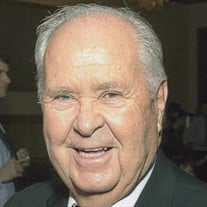 enry “Hank” Alfrey was born July 20, 1937 in Louisville, Nebraska to Elbert and Henrietta (Biggs) Alfrey, the 7th of 8 children. As with any large, small town family, there was an abundance of activity, chaos, and love in the household. Hank grew up in Louisville, where he attended school, beginning in kindergarten until graduating from Louisville High School in 1955. Following high school, he earned his Bachelor’s Degree in Secondary Education from Wayne State College in 1959. His passion for education led Hank to earn his Master’s Degree from the University of Nebraska-Lincoln, as well as a Specialist Degree from UNO. Growing up, Hank loved playing and watching sports, and he was active in football, basketball, track and baseball. Hank honorably served his country in the United States Army from October 9, 1959 until his official discharge in August 1961. Hank married Dorothy “Dee” Potts on July 30, 1961 (he was discharged from the Army one month early to attend the wedding!) at the United Methodist Church in Weeping Water, Nebraska, and to this union, two sons were born; Jeff and Doug. The family lived in Papillion, Nebraska from 1966 to 2013. Hank then moved to Elkhorn to be closer to his sons. Hank began his teaching and coaching career in 1960 in Avoca, Nebraska, then worked as a teacher and coach in Weeping Water. He became the Principal of Tara Heights Elementary School in Papillion in 1966, and was named Principal of Parkview Heights in Papillion in 1968. His next mission was to open LaVista Junior High School as Principal in 1976. He retired from Papillion/La Vista Public Schools in 1997. Due to his years of service and leadership, Hank was inducted into the Papillion/La Vista Public Schools Hall of Fame. In addition to his teaching and administrative functions, Hank was involved in a variety of educational organizations at the local and state level. Hank was a caring, supportive, and charming man, with a great sense of humor. He became a mentor to many who passed through his schools. He was a huge supporter of Youth For Christ, and was eager to volunteer at many of their functions over the years. He cheered proudly for the Royals, Cubs, and Huskers, and enjoyed country music, which he always had playing in his room if you came to visit him. He could often be found sipping an Arnold Palmer, and enjoyed going out for Mexican food. You may have even had a conversation with him that began with, “Let me tell you a story…”. Hank truly loved his family and friends deeply, and would do anything to help and support them. He cherished his family, and his passion was to attend every event; whether it was his son’s activities and sports while they grew up, or his grandkid’s activities, Hank made it a point to be present. He loved his family deeply and cherished his 50 years with Dee. He treasured his two daughters-in-law, Lisa and Chandra, and was proud to have them be part of the family, and he held a special place in his heart for his only granddaughter, Shea. Hank died Friday, October 8, 2021 at Elk Ridge Assisted Living in Elkhorn, Nebraska at the age of 84 years, 2 months, and 19 days. He was preceded in death by his wife Dorothy “Dee” Alfrey, and grandson Nick Alfrey. Hank is survived by his sons and daughters-in-law Jeff & Lisa Alfrey of Elkhorn, and Doug & Chandra of Omaha, grandchildren; Brett & (Gabby), Austin & (Maria), Cole, Seth, and Shea, sister and brother-in-law Dora “Lue” & Earl Hrabik of Louisville, NE, brother-in-law Jim Potts of Papillion, and sister-in-law Louise Alfrey of Nebraska. Funeral service Monday, October 18, 10:30 AM, Christ Community Church, 404 S. 108th Ave, Omaha. Interment Prospect Hill Cemetery of Elkhorn. Visitation Sunday, October 17, from Noon-6 PM with family receiving friends from 4-6 PM at the funeral home in Elkhorn. In lieu of flowers, memorials to Omaha Youth for Christ, or the family.

enry &#8220;Hank&#8221; Alfrey was born July 20, 1937 in Louisville, Nebraska to Elbert and Henrietta (Biggs) Alfrey, the 7th of 8 children. As with any large, small town family, there was an abundance of activity, chaos, and love in the household.... View Obituary & Service Information

The family of Henry Alfrey created this Life Tributes page to make it easy to share your memories.

Send flowers to the Alfrey family.