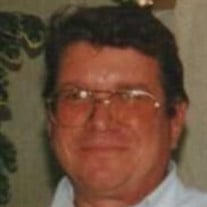 Memorials to St. Vincent de Paul or Sienna Francis House. James Steven Adler was born on October 20, 1946 in Omaha, Nebraska to George and Edith (Miller) Adler. He grew up in the Florence area of Omaha where he attended St. Phillip Neri Catholic grade school and graduated from Omaha Creighton Prep High School in 1964. Jim went on to study electronics at REI. He enjoyed baseball and fishing but spent much of his summer working at Prep to reduce his tuition. After high school, Jim served in the United States Navy including 19 months of overseas deployment. Jim married Patricia Gutgsell on August 31, 1969 at Blessed Sacrament Catholic Church in Omaha and they were blessed with six children: Michael, Andrea, Kathryn, Stephanie, Julia and Daniel. Jim and Pat raised their family in Omaha before moving to Waterloo in 1979 and just two years ago they moved to an acreage near Yutan. Jim worked for Channel 3 in Omaha for 27 years as an Electronic Technician and at Faulk Enterprises until his retirement. He loved to fish, was a good cook and made his own beer and sauerkraut. But his passions were his large acreage garden and building things. He generously shared his bountiful produce with everyone. Jim has added on to their home several times and built many out buildings. Jim was a very humble man, given many God-given talents. Jim and Pat have been members at St. Patrick’s Catholic Church in Elkhorn for 41 years. He had a lot of faith and trust in God and he said “These are the cards I have been dealt and I will play them out”. He was a patient, kind and spiritual man, quick to forgive and understand. Jim loved to watch the history channel and documentaries, always wanting to learn more. Jim did not enjoy large crowds and would state “This is why I like river banks”. Jim passed away on Sunday, June 14, 2020 at his home near Yutan at the age of 73 years, 7 months and 25 days. He was preceded in death by his parents George and Edith and sister Sharon Cahow. Jim is survived by wife Patricia Gutgsell Adler; sons Michael and Daniel; daughters Andrea Garcia, Kathryn Kitta, Stephanie Pleiman and Julia Wiles. 13 grandchildren; 1 sister and 3 brothers;

Memorials to St. Vincent de Paul or Sienna Francis House. James Steven Adler was born on October 20, 1946 in Omaha, Nebraska to George and Edith (Miller) Adler. He grew up in the Florence area of Omaha where he attended St. Phillip Neri Catholic... View Obituary & Service Information

The family of James Steven Adler created this Life Tributes page to make it easy to share your memories.

Send flowers to the Adler family.