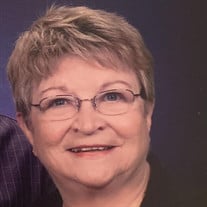 Janice D. McArdle Gesiriech passed away on March 21, 2022 surrounded by her loving family. She was born January 19, 1937 in Elkhorn, Nebraska to the late Henry and Dorothy McArdle. She graduated from Elkhorn High School and attended Wayne State Teachers College for three years, where she met her husband, Harley Gesiriech. They were married on August 13, 1960. Jan held many different jobs throughout her life, often reminiscing about her first job after marriage working for an attorney in Rockford, Iowa. She also was the Assistant Emmet County Recorder in Estherville, IA for several years once her children were of school age. Later, she taught Head Start preschool and worked in the community college bookstore. Everywhere she worked, Jan made new friends. She had been an active member of the United Methodist Church Altar Guild in Estherville, the Republican Women, several bridge clubs, and charitable organizations. Jan loved spending time renovating her homes. She also enjoyed lunches and girlfriend time with her many close friends. After living there for over 40 years, Jan and Harley left Estherville. Several moves and home renovations followed until they settled permanently in Elkhorn, NE. Jan is survived by her loving husband of over 61 years, Harley; three children, Joan (Peter) Chemidlin, John (Diana), and Joseph; five grandchildren, Tighe, Morgan, Joshua, Jonah, and Benjamin; sister Patricia and brother-in-law Fred Meisinger, sister-in-law Connie McArdle, sister- and brother-in-law Carol and Niel Edmunds, brother-in-law C. Rollin Gesiriech, sister- and brother-in-law Jackie and Milton Owens, sister-in-law Suzanne Gesiriech, brother-in-law Ross Morgan, and numerous nieces and nephews. She was predeceased by her parents, brother John (Jack) McArdle, and brother-in-law William McCormick. Visitation will be held on Tuesday, March 29 at Reichmuth Funeral Home in Elkhorn from 5-7 pm. The funeral service will be held on Wednesday, March 30 at Reichmuth Funeral Home at 11 am. Interment will be held privately at a later time. In lieu of flowers, memorial tributes may be made to the Open Door Mission or the Elkhorn Historical Society

Janice D. McArdle Gesiriech passed away on March 21, 2022 surrounded by her loving family. She was born January 19, 1937 in Elkhorn, Nebraska to the late Henry and Dorothy McArdle. She graduated from Elkhorn High School and attended Wayne State... View Obituary & Service Information

The family of Janice D. McArdle Gesiriech created this Life Tributes page to make it easy to share your memories.

Send flowers to the Gesiriech family.