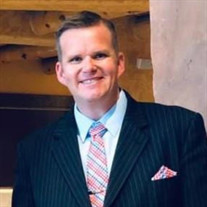 Jason James Blohm, age 42, of Omaha, passed away Friday, January 29, 2021 at the Nebraska Medical Center. He was born August 9, 1978, to Allan and Mary (Lynch) Blohm in Adams Friendship, Wisconsin. Jason graduated high school from Necedah Area School. He held a Bachelor's of Science degree from the University of Wisconsin Green Bay and a Master Degree in Public Administration from the University of Nebraska Omaha. Jason was a distinguished university recruitment professional at both UNO and Midland University, he will forever be remembered as a master of his craft by both students and admissions colleagues alike. More recently Jason had a successful sales career in the private sector. Jason was larger than life itself, a self-proclaimed “life enthusiast”, he brought joy everywhere he went. Jason will be remembered by many for his devotion to his faith, unconditional love of his family and friends, his years of mascot fame as Phlash the Phoenix of the University of Wisconsin Green Bay and Woody the Woodchuck of the Wisconsin Woodchucks. Anyone who has met Jason will forever recall his big heart and remember a gentleman who was generous with compliments. Jason loved a good fish fry especially with his “Cod Dam” Fish Fry Team and hosting his annual Blohm- B- Que Bash. True to his roots, Jason was a lifelong Green Bay Packers and Milwaukee Brewers fan and had all the fresh gear to showcase his support. Most of all, we remember Jason as a devoted father leading scouting groups, youth baseball teams, religious formation and a man who adored spending time with his children above all things. Jason was preceded in death by his mother Mary Kathleen Blohm and niece Veronica Mary Kosloske. He is survived by his children Finlay and Annabelle, and their mother, Amber, his father Allan Blohm of Necedah, Wisconsin, sister and brother-in-law Heather & Dennis Kosloske of Oak Creek, Wisconsin, brother Christopher Blohm of Necedah, Wisconsin, and sister and brother-in-law Katy & Joseph Canady of Hartford, Wisconsin. Mass of Christian Burial rites will be held Saturday, February 6, 2021 at 1:00 PM at St. Patrick’s Catholic Church in Elkhorn. Family and friends are invited for visitation Friday, February 5, 2021 from 5:00 pm -7:00pm at St. Patrick’s Catholic Church, with a vigil service beginning at 7:00 pm. Prayer Service and Burial will take place at St. Francis of Assisi Cemetery in Necedah, Wisconsin at a future date. In lieu of flowers, memorials may be made to the family for the purpose of a future scholarship memorial fund to be established in Jason’s memory or The Cystic Fibrosis Foundation at cff.org, an important cause close to Jason’s heart.

The family of Jason James Blohm created this Life Tributes page to make it easy to share your memories.

Send flowers to the Blohm family.