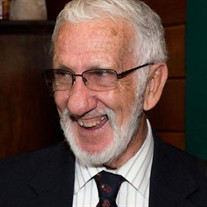 Memorials to the church Jerry McPhillips was born on September 2, 1933 in Primrose, NE and grew up in Cedar Rapids, NE. His parents were Earl and Anna McPhillips. He attended grade school at St. Anthony’s in Cedar Rapids, and later graduated from Cedar Rapids High School in 1951. As a teenager, he played basketball, baseball and football, when he earned the nickname of “Flip”. Jerry and Marlene married in Cedar Rapids, 67 years ago, in August 1952. He and Marlene have 5 children: Bill, Teri, Deb, Lynne and Steve. There was nothing he enjoyed more than playing cards and table games with family and friends. To Jerry, it was more than just games: we learned how to love each other, create memories and how to be impish (slightly naughty for fun)! Jerry was a devoted Catholic; he loved his big, bold family and his large circle of friends. He will be sorely missed and lovingly remembered. Jerry passed away on Monday, January 6, 2020 at his home in Elkhorn, surrounded by his family, at the age of 86 years, 4 months and 4 days. He is survived by his wife Marlene; , sons William (Ann) of Ft. Calhoun, NE and Steven (Sheri) of San Clemente, CA; daughters Theresa of Omaha, Deborah (Tom) McFinch of Kennard, NE and Lynne (Greg) Stamps of Austin, TX; 19 grandchildren and 18 great-grandchildren; sisters Bernadette McCullough of Omaha and Mary Alice Raitt Columbus, NE; brother Richard of Cedar Rapids, NE. Gathering with the family will be held Wednesday January 8, 2020 at 6 to 8 PM at Reichmuth Funeral Home in Elkhorn, NE with a Rosary at 7 PM. FUNERAL MASS will be held on Thursday January 9, 2020 at Saint Patrick Catholic Church, Elkhorn, NE at 10:30 AM. A luncheon will follow the funeral mass. Interment will be held at a later date. Memorials to the church. Condolences to www.reichmuthfuneralhomes.com Reichmuth Funeral Home 21901 W. Maple Rd 402-289-2222

Memorials to the church Jerry McPhillips was born on September 2, 1933 in Primrose, NE and grew up in Cedar Rapids, NE. His parents were Earl and Anna McPhillips. He attended grade school at St. Anthony&#8217;s in Cedar Rapids, and later... View Obituary & Service Information

The family of Jerome McPhillips created this Life Tributes page to make it easy to share your memories.

Memorials to the church


Jerry McPhillips was born on September...

Send flowers to the McPhillips family.