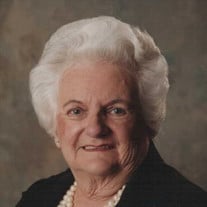 Memorials to National MS Society Joan Rita Shanahan Schweigart was born on November 15, 1927 in Malmo, Nebraska to Ambrose and Kathryn (Slattery)Shanahan. She grew up near Genoa, Nebraska on the family farm and attended grade school and graduated from Genoa High School in 1945. Being the oldest of nine children, Joan spent most of her time helping to care for her younger siblings and her beloved pony. Joan married Leo Schweigart on June 26, 1948 at Sacred Heart Catholic Church in Omaha, Nebraska and they were blessed with three children: Mike, Kathryn and David.. Joan and Lee raised their family in Omaha before moving to Elkhorn in 1974. Joan worked at Mutual of Omaha before becoming a homemaker and raising the children. She took in typing work in the evenings before she and Lee started their family business. After that she was a full time partner in what started out as Lee Appliance; then changed to Speed Queen Appliance Center of Omaha; and eventually ended up as All American Laundry in Waterloo. Joan’s life could be summed up simply as Family, Faith and Football. Joan and Lee were avid sports fans, holding season tickets to both Nebraska football and Kansas City Chiefs football. They were founding members of Stratus Seekers, a local group of airplane enthusiasts. Joan was a kind, generous although stubborn woman with a tremendous passion for her family. She savored a good steak, a hot fudge malt, a perfect Manhattan and dinner out at Farmer Brown’s. Her most favorite hobby was her two grandkids Rob and Nicole . They spent every weekend and 2 weeks out of summer together going to worlds of fun and many other memorable places. Joan passed away peacefully with family at her side, on Thanksgiving Day, November 28, 2019 at Brookestone Meadows in Elkhorn, Nebraska at the age of 92 years and 13 days. She was preceded in death by her parents Ambrose and Kathryn, Husband Lee, son David and siblings Betty Casey, Jean Morris, Pat Shanahan and Bill Shanahan. Joan is survived by son Mike (Carol) of Omaha; daughter Kathryn (Ray) Rosterman of Omaha; grandchildren Robert (Kandice) Powelson, Nicole (Kevin) Monico, Theresa (Jason) Pierce, Tony (Amy) Rosterman and Jim (Sarah) Rosterman; 17 great grandchildren and 8 great great grandchildren. Sisters Clayre Henthorn of Omaha, Caryl Vondra of Lincoln, Patty Armstrong of Omaha and Marty Shanahan of Omaha;

Memorials to National MS Society Joan Rita Shanahan Schweigart was born on November 15, 1927 in Malmo, Nebraska to Ambrose and Kathryn (Slattery)Shanahan. She grew up near Genoa, Nebraska on the family farm and attended grade school and... View Obituary & Service Information

The family of Joan Rita Schweigart created this Life Tributes page to make it easy to share your memories.

Send flowers to the Schweigart family.