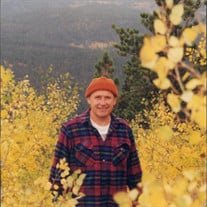 John D. Graf, 74, of Columbus, Nebraska (formerly of Waterloo, Nebraska) passed away at his home on May 2, 2022 after an arduous battle with pancreatic cancer. John was born in Omaha, Nebraska on September 10, 1947 to Carol D. “Dutch” and Marjorie L. (Bohlen) Graf. He graduated from Waterloo High School in 1965. After high school, John traveled the country side as a surveyor until he started with EMC at the age of 25 where he stayed until he retired in 2012. John married and spoiled the girl next door, Kathy Gerrard, on February 25, 1971 and resided in Waterloo until March of 1981. He worked as an Underwriter for Employers Mutual Casualty Company for ten years. He then switched positions to Dakota Fire Insurance Company and his job took him to Watertown, South Dakota where they stayed for 30 years. This move put him closer to the fishing lakes and hunting grounds that he loved so much. John traveled a lot for his job; he would sometimes let one of his kids tag along, being sure to stop at every historical marker along the way. When on the road, he would phone home frequently and tell his kids it was the "man in the moon" calling. In 2011, John and Kathy moved to Yankton, South Dakota to be closer to family. John very much enjoyed the beautiful scenery and wildlife in that area close to Lewis and Clark lake where he could boat and fish. In 2018, they made the move to Columbus to be near their favorite daughter. John was a Master Mason, serving as Worshipful Master of Concord Lodge #13, Watertown, South Dakota. He was a man of few words but many hobbies including hunting, fishing, and strumming his guitar, which he taught himself to play. If John found something he was interested in, he made sure to thoroughly learn it. This included taking country dance lessons and doing online cooking courses. John was the chief cook of the Graf household and loved to experiment with recipes. John was most in his element in the peaceful mornings before sunrise and anytime he was out in nature. He enjoyed long walks, the feeling of warm sunshine on his face, and the cool crisp morning air. Some of his favorite memories included hunting with his sons and his sidekick, Allie, the yellow Lab, as well as fishing with his grandkids at Bonnie Beach in Minnesota. He checked off a bucket list item last fall, when he was able to share a hunting blind with his nephew, Ned. John was a man of extreme organization as evidenced by his picture-perfect garage, man cave, tacklebox, etc. Unfortunately, that trait did not rub off on his children. Those left behind to cherish the memories are his beloved wife of 51 years, Kathleen K. (Gerrard) Graf of Columbus, Nebraska, his children, William (Julie) Graf of Eden Prairie, Minnesota, Jodi (Christopher) Beyer of Columbus, Nebraska, John “Tim” Graf of Lakewood, Colorado, and his six grandkids who brought him great joy ~ Travis, Kaylyn, Samuel, Nicolas, Daniel, and Isabelle, along with his fur baby, Oakley Anna, aka the “furry pig.” John also leaves behind his four siblings who always remained close to him: Janet Greer of Council Bluffs, Iowa, and Rodney (Penny) Graf, Stan Graf, and Denise (Jack) Lasiter, all of Waterloo, Nebraska, his Uncle Larry Bohlen of Fremont, Nebraska, as well as numerous cousins, nieces, and nephews. John was preceded in death by his parents. John greatly loved his family and will be dearly missed. A celebration of life will be held at Reichmuth Funeral Home in Elkhorn, Nebraska on Saturday, May 7, 2022 at 11 a.m. with visitation prior to the service starting at 9 a.m. Memorials may be directed to Pheasants Forever, Delta Waterfowl Foundation, or Columbus Community Hospital Hospice.

The family of John Dale Graf created this Life Tributes page to make it easy to share your memories.

Send flowers to the Graf family.