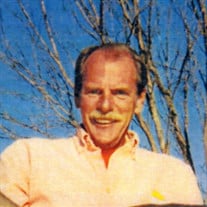 John Stuart Watters was born December 3, 1947 in Flint, Michigan to Donald and Evelyn (Stoffel) Watters. He grew up in Michigan before the family moved to California, where he graduated from Hoover High School in 1965. Growing up, John enjoyed... View Obituary & Service Information

The family of John Stuart Watters created this Life Tributes page to make it easy to share your memories.

Send flowers to the Watters family.