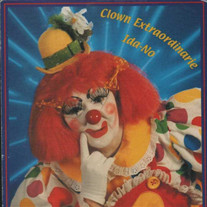 On Saturday, November 23, 2019 Joyce Ellen Phillips Olson passed away peacefully in her home with family by her side at the age of 84. Joyce was born on December 5, 1934 in Lesterville, South Dakota to Willis Raymond and Leora Alice (Rubsam) Phillips. She grew up in Sheldon, Iowa where she attended grade school before moving to, and graduating from, Swanville, Minnesota in 1953. On September 25, 1953, Joyce married Dennis Olson. They were blessed with five children: Scott, Denise, Jeff and Lyle and Dennis Jr. In about 1966, Joyce and Dennis moved their family from Minnesota to Nebraska, eventually settling in at Ginger Cove. Joyce earned her CPA after working for an accounting firm, Alexander Grant, in Minnesota and was one of the first women CPAs in Omaha. She worked for Elmer Fox and Davidson’s before eventually taking over Two Way Trucking until retirement. She then worked at Olson Motor Lines until the week before her death. Joyce had a strong faith and was active in her church, St. Marks Lutheran Valley, and had a passion for clowning. She taught how to “clown from the heart”, spreading joy and laughter to those she touched. Her travels as “Ida-No” with Life In Christ Circus and Lutheran ministries took her to hospitals and churches around the world. It was through clowning that her love for sewing and quilting grew, a skill she first learned from her grandmother as a young girl. She was a member of Sewing for Babies and Lutheran World Relief. Joyce served as a board member for Women of ELCA Nebraska and held various office positions for Omaha CPA’s, International Clowns of America, and Omaha Wild Clown-dum. Joyce is preceded in death by her Infant Son Dennis, parents Ray and Leora, sister Shirley, husband Dennis and son-in-law Denny Stark. Joyce is survived by Scott (Robin) of Valley, Denise Stark (Les Rung) of Gretna, NE, Jeff (Sharon) of Valley and Lyle (Peggy) of Elkhorn; 14 grandchildren and 19 great grandchildren; brother Bob (Deloris) Phillips of Sioux City, IA and brother-in-law Don Jorgensen of Sioux City, IA

On Saturday, November 23, 2019 Joyce Ellen Phillips Olson passed away peacefully in her home with family by her side at the age of 84. Joyce was born on December 5, 1934 in Lesterville, South Dakota to Willis Raymond and Leora Alice (Rubsam)... View Obituary & Service Information

The family of Joyce Ellen Olson created this Life Tributes page to make it easy to share your memories.

Send flowers to the Olson family.