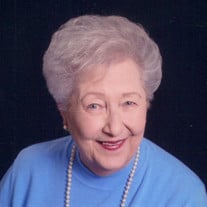 Memorials to the Waterloo United Methodist Church. Karen Rae Bryant was born July 20, 1941 in Aurora, Nebraska. Karen grew up in Aurora and graduated from Aurora High School in 1959. Following high school, Karen went into the Navy and was stationed in California, where she was a diving instructor. Karen married Gene Bryant on November 30, 1985 at the Elkhorn United Methodist Church in Elkhorn, Nebraska and they made their home in Waterloo. Karen worked as a correctional officer at the Women’s Correctional Facility in Tecumseh, Nebraska. Following her retirement from the center, she worked as a secretary at Reichmuth Funeral Home and also served at the Waterloo United Methodist Church. Karen’s proudest role was that of “Mom” to her daughter, Athena, and “Grandma” to her grandchildren. Karen was present at all of her grandchildren’s births and loved begging about being the first person to hold each of them. When she wasn’t doting on her grandkids, Karen loved traveling with Gene, especially trips to Arizona, Okoboji, and Boot Hill, Kansas. She was fascinated with the history of England and read several books about European history. Karen also enjoyed Stephen King books, listening to Elvis, and watching the movie Troy, starring her favorite actor, Brad Pitt. She loved a good fried chicken meal from KFC and was a loyal fan of the Nebraska Cornhuskers. Karen’s family will fondly remember her stubbornness and her kind and caring heart that made her such a wonderful mother and grandmother. Karen passed away at the Hospice House in Omaha, Nebraska on September 3, 2019 at the age of 78 years, 1 month, and 14 days. She was preceded in death by her daughter Athena Nielsen; mother June Johnson; brother Steve Norris; and beloved grandmother Myrtle Spry. Karen is survived by her granddaughters, Kaitlyn Nielsen and Ahlia Montague, both of Elkhorn; grandson, Andrew Nielsen of Elkhorn; great-grandson Alijah Montague; step-daughter, Rebecca (Travas) Lala of Louisiana; and step-grandsons, Zach and Alex Lala.

Memorials to the Waterloo United Methodist Church. Karen Rae Bryant was born July 20, 1941 in Aurora, Nebraska. Karen grew up in Aurora and graduated from Aurora High School in 1959. Following high school, Karen went into the Navy and was... View Obituary & Service Information

The family of Karen Rae Bryant created this Life Tributes page to make it easy to share your memories.

Send flowers to the Bryant family.