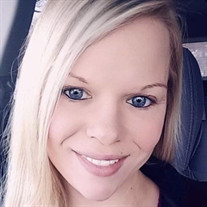 In lieu of flowers, memorial contributions can be made to the Kayla Matulka Memorial Fund at Washington County Bank in Blair, NE Kayla Elaine Matulka was born March 18, 1993 in Omaha, Nebraska to Joseph and Tammi (Milenkovich) Matulka. As... View Obituary & Service Information

The family of Kayla Elaine Matulka created this Life Tributes page to make it easy to share your memories.

In lieu of flowers, memorial contributions can be made to the...

Send flowers to the Matulka family.