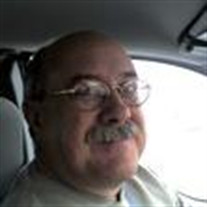 Memorials to the American Heart Association Kevin's family welcomes you to attend all services dressed casually. John "Kevin" Lammle was born on November 20, 1957 to Katie and Melvin Lammle in Reno, NV. In 1968, the family moved to Aberdeen, SD where his parents opened Lammle Realty. Throughout his childhood, Kevin played baseball, football, basketball and enjoyed lending a hand on the family's farm. Kevin graduated from Aberdeen Central High School in 1976. After graduation, Kevin enrolled in college at the South Dakota School of Mines and Technology in the Fall of 1976 where he was a member Delta Sigma Phi. He graduated in the Spring of 1981 with a BS in Mining and Mineral Engineering. Although never officially awarded, Kevin also earned a Master's Degree in beer drinking. After graduation, Kevin began his professional career with Ingersoll Rand in Yakima, WA. In 1983, Kevin met the future love of his life, Nancy, while working at Ingersoll Rand. At the time, Kevin still lived up to his college mantra and was 150 pounds of twisted steel and sex appeal. Naturally, they began officially dating on Nancy's 28th birthday in 1984, and that was the beginning of an everlasting love and friendship. Kevin and Nancy married on May 28, 1986 (The Tech grads can figure the math out here as Ryan was born on October 21, 1986. He really loved her; they didn't get married because of the kid.......or so the story goes). In 1987, the family would move to Fort Smith, Arkansas where they would welcome John Zachary and Andrea in the following years. In 1992, the family relocated to Reno, NV where Kevin continued his career at Ingersoll Rand. Kevin enjoyed his children and was active in the community. After more than fifteen years in Reno, Kevin pursued a new employment opportunity working in Gillette, WY. Shortly after, he would relocate to Dickinson, ND where he joined the Butler Machinery family. In Dickinson, Kevin re-kindled his wild side with purchase of a Harley-Davidson (the best part of his Harley purchase was that Nancy had no idea and wouldn't find out for several years; Kevin had a remarkable sense of humor and this further illustrates that). Nancy and Kevin lived together in Dickinson beginning in 2013. It was during this timeframe Kevin formed a relationship with his most favorite child, our family dog, Baxter. Kevin and Baxter became inseparable from that moment on, and Kevin always let him ride shotgun. Baxter would wait outside Kevin's shower to ensure he was always okay, and then would wait by the front door for Kev to get home from work. Kevin eventually transitioned within the Butler family to pursue a new role in Omaha, Nebraska. Nancy and Kevin resided here until the time of his death. Kevin enjoyed riding his Harley through the Black Hills, snowmobiling at Lake Tahoe, skiing with his daughter, spending time in Chicago with Ryan, walking his dogs, and taking Nancy to the movies. Those who knew Kevin cherished his sense of humor, admired his compassion and were somewhat envious of his quick wit. He was a devout Catholic. Above all, Kevin enjoyed his family. Kevin struggled with heart disease and it eventually claimed his life. He is survived by his best friend and beloved wife, Nancy. Kevin was a cherished father and is survived by his children, Ryan (Milwaukee, WI), John (Washington, DC), Christopher (Tulsa, OK), Jason (Tulsa, OK), and Andrea (Salt Lake City, UT). Kevin is survived by his brothers and sisters Greg, Robert, Steve, Sue, Linda, and Julie as well as many nieces and nephews. He will be sorely missed by his dogs Baxter and Buddy.

Memorials to the American Heart Association Kevin's family welcomes you to attend all services dressed casually. John "Kevin" Lammle was born on November 20, 1957 to Katie and Melvin Lammle in Reno, NV. In 1968, the family moved to Aberdeen,... View Obituary & Service Information

The family of Kevin Lammle created this Life Tributes page to make it easy to share your memories.

Memorials to the American Heart Association

Send flowers to the Lammle family.