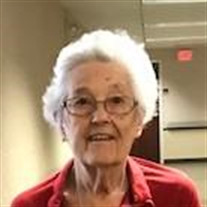 Memorials to Yutan American Legion Auxiliary or Yutan Fire and Rescue Lois Louisa Jordan Heldt was born on September 10, 1927 near Ithaca, Nebraska to Herman and Gertrude (Hageman) Jordan. She grew up on the farm and graduated from Ceresco High School at age 16. Lois married Irvin Heldt on January 16, 1949 at St. John’s Lutheran Church in Yutan, Nebraska and they were blessed with two sons: Steven and Rick. Lois and Irvin raised their family on the same farm that Irvin was born and raised on. Lois received a teaching certificate from Luther College in Wahoo, Nebraska where she also played basketball. She began her first job at a rural school near Ithaca before transferring to Yutan Public Schools. She followed this with a short stint in Wann, Nebraska then returning to Yutan, eventually serving as the librarian. Lois returned to school in the 1960’s to complete her undergraduate work at Midland College before receiving her Master’s Degree in Library Science from UNL. After retiring, she served two terms on Yutan Board of Education. Lois was an avid sports fan, enjoying her son’s athletic endeavors, Husker football and volleyball and enjoyed sewing and quilting. She loved to travel within the United States and Internationally. Lois was a member of the Yutan American Legion Auxiliary all of her adult life and served numerous terms as an officer. She enjoyed life and teaching young people. Lois passed away on Friday, November 29, 2019 at South Haven Nursing Home in Wahoo, Nebraska at the age of 92 years, 1 month and 19 days. She was preceded in death by her parents, Herman and Gertrude, husband Irvin, sisters Ruby and Mildred and brothers Wilbur, Fred, Harold and Harr. Lois is survived by sons Steven of Lexington, NE and Ricky of Yutan; brother Cecil Jordan of Springfield, MO; many nieces, nephews and extended family.

Memorials to Yutan American Legion Auxiliary or Yutan Fire and Rescue Lois Louisa Jordan Heldt was born on September 10, 1927 near Ithaca, Nebraska to Herman and Gertrude (Hageman) Jordan. She grew up on the farm and graduated from Ceresco... View Obituary & Service Information

The family of Lois Louisa Heldt created this Life Tributes page to make it easy to share your memories.

Memorials to Yutan American Legion Auxiliary or Yutan Fire and...

Send flowers to the Heldt family.