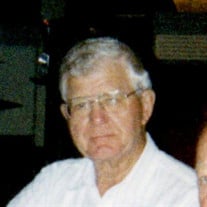 Memorials to Radio Talking Book or NE Commission for the Blind; Lyle August Doll grew up in a very different country and world, at a time when getting fresh oranges for Christmas was a big treat. When water was hauled into the house, and all cooking and heat came from the stove. When in the fall at corn-picking time, his father made use of Lyle and his brothers’ trek to school to have them pick corn since, “Hey, the field was on the way.” WWII broke out, and as he said, “One day I’m milking cows, and a few weeks later I’m on a ship to Hawaii.” Lyle and some friends got into a little trouble when they snuck in a Dole pineapple field and stuffed themselves. One of the best things he’d ever tasted! After some brief jungle combat training, he was back on another ship they later learned was headed for the island of Okinawa. They arrived on Easter 1945 and were preparing for the invasion of Mainland Japan when the August bombings and surrender diverted his 7th Infantry Division to spend a year in occupied Korea. By then Lyle was a First Sergeant with his Combat Infantry badge and a Purple Star after being wounded by a Japanese mortar. After the war, Lyle used the GI Bill to learn electronics repair. After having his own shop for a while, he went to work for Sears and Roebuck for the next 25 years until retirement; he mostly fixed televisions. He later suffered macular degeneration for many years, and completely lost his sight the last five years of his life. He would have really appreciated the picture clarity and colors of today’s television. Lyle married his wife Gladys (Jensen) on May 7, 1949 and enjoyed their life together until she passed in February 2008. They adopted a baby girl in 1959 and named her Lori, and a few years later in 1961, Gladys gave birth to their son, Johnny. The family lived in Omaha until moving to an acreage northwest of Kennard in 1972. After the kids eventually left, Gladys and Lyle lived there until moving to Elkhorn in 1995. Lyle was a kind, good-hearted person who lived by the Golden Rule; he was a tireless worker like Gladys, and had a big sense of humor. In the seventies, the silverware would rattle at supper when he would bang the table laughing at All in The Family or HEE HAW. He loved gardening and if especially proud of something, he just might take it to the county fair. He and Gladys spent a lot of time with friends and relatives and they had a good life together for 59 years. In his last years, he would recall seeing Bette Davis on Johnny Carson saying, “Old age ain’t for wimps,” and boy did she have that right! Lyle never thought he’d make it to 96 years of age, and he bravely faced every challenge thrown at him to the end. He was preceded in death by parents Augustus and Anna, brothers Ivan and Eldon, and wife Gladys, and daughter Lori. Lyle is survived by his son Johnny Doll of Elkhorn

Memorials to Radio Talking Book or NE Commission for the Blind; Lyle August Doll grew up in a very different country and world, at a time when getting fresh oranges for Christmas was a big treat. When water was hauled into the house, and... View Obituary & Service Information

The family of Lyle August Doll created this Life Tributes page to make it easy to share your memories.

Memorials to Radio Talking Book or NE Commission for the Blind;

Send flowers to the Doll family.