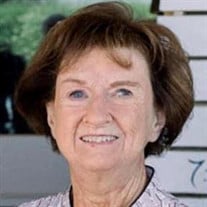 Mary Dianne (Olsen) Fowler was born August 1, 1948 in Omaha, Nebraska to Donald and Mary (Jensen) Olsen. Dianne grew up in Valley, Nebraska where she attended school, graduating from Valley High School in 1966. As a young girl, Dianne was active in Girl Scouts, played clarinet in the school band, worked at the local movie theater in Valley, detasseled corn, was a babysitter for numerous families, and enjoyed going on bike rides. Dianne married F. Cole Fowler on May 25, 1968 at the Baptist Presbyterian Church in Valley, and to this union, two sons were born; Matt and Jason. After the wedding, the family made their home in Minnesota, then moved to Texas where Cole attended seminary, and then moved to various communities throughout Nebraska as Cole cared for the local church. They finally were able to settle in Omaha. Dianne was a career driven woman who worked hard for many years. She served as the Deputy County Clerk at the Buffalo County courthouse, traveled the state as the Blue Cross/Blue Shield liaison for the Nebraska Association of County Officials (NACO), and then worked with the Eastern Nebraska Office on Aging (ENOA). Somehow, along with her career, she was able to balance being a supportive wife, mother and sister. Dianne will be remembered as a loving, creative, nurturing, and graceful woman of God. She was a good cook, and a wonderful Grandma. She was an avid reader, and even started her own book club among friends. She enjoyed gardening, and looked forward to the monthly dinner with her “bowling” ladies. In her free time, she volunteered at the Joslyn Museum in the gift shop. She was the type of woman who was always a friend, and made everyone around her feel important and special. Most of all, Dianne cherished her family. She loved to be together with her family, whether it was watching any of the grandkids’ activities, or having everyone at Lake Panorama, she loved time spent together. She especially took great pride in creating the yearly Birthday Book for each grandchild. Dianne passed away unexpectedly on Sunday, March 13, 2022 at Bergan Mercy Hospital at the age of 73 years, 7 months, and 12 days. She was preceded in death by her parents Donald and Mary Olsen. She is survived by her husband Rev. Dr. F. Cole Fowler of Omaha, sons Matt (Margo) Fowler of Omaha, and Jason (Jennifer) Fowler of Blair, NE, 6 grandchildren, sisters Cindy (Bob) Hayden of Valley, NE, and Pam (Jerry) Bothwell of Omaha, and nieces and nephews. Funeral service 10 AM Saturday, St. Luke’s United Methodist Church. Private interment at a later date. Visitation Friday 4-8 PM with family receiving friends from 6-8 PM at Reichmuth Funeral Home, Elkhorn. Dianne cherished her time volunteering at the Joslyn Museum, and memorials may be directed to the museum.

Mary Dianne (Olsen) Fowler was born August 1, 1948 in Omaha, Nebraska to Donald and Mary (Jensen) Olsen. Dianne grew up in Valley, Nebraska where she attended school, graduating from Valley High School in 1966. As a young girl, Dianne was... View Obituary & Service Information

The family of M. Dianne Fowler created this Life Tributes page to make it easy to share your memories.

Send flowers to the Fowler family.