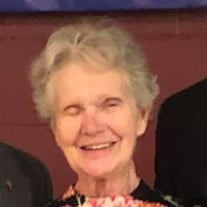 Devoted and loving mother, grandmother and sister, Marilyn Becker passed away peacefully, surrounded by family in her Yutan home, Wednesday, December 9. Marilyn was born to Claude and Verla Frerichs in Laurel, Nebraska on August 1 of 1945. She grew up in the Hartington-Coleridge area of Northeast Nebraska. She attended and graduated from Coleridge High School in 1963. While in school Marilyn was very active, and excelled in drama and choir activities. After graduation, Marilyn attended and graduated from Stewart’s School of Cosmetology in Sioux City. Marilyn married Robert Becker in 1967. From this union they raised their four children; Brenda, Marlene, Brian and Justin on a farm west of Hartington. Marilyn and Bob were divorced in 1997 after which Marilyn moved to Yutan, Nebraska. Marilyn worked for the Elkhorn Public Schools in the custodial department from 1998 to her retirement in 2012. While at Elkhorn, Marilyn developed many great friends, as the teachers at the High School appreciated the meticulous nature by which she carried out her work. Marilyn would always take the time to talk with her co-workers concerning the current events of the day and especially any topics dealing with the environment and nature’s way of doing things. Marilyn’s retirement years were occupied by keeping up with her beloved 5 grandchildren who live in Hartington Nebraska and Casper Wyoming. Marilyn loved antiquing, wildlife and studying the workings of the natural world. Marilyn is survived by her four children, daughters; Brenda Becker, Osmond, Ne. and Marlene Becker, Lake Elsinore, Ca. sons; Brian and Justin Becker of Casper, Wy. Five grandchildren; Nick (Fiancee: Jenna Shepardson) , Ben, Alex, Teagan and Addison;. Three siblings; sister, Connie Wiedenfeld (Gerald), Hartington, Ne. brothers Claude Frerichs (Nadine), Lincoln, Ne. and Jerry Frerichs (Mary Kay), Elkhorn, Ne. and Brother in Law, Lawrence Benne (Carolyn), Sioux City, Ia. Marilyn was preceded in death by her sister Carolyn Benne, and Parents Claude and Verla Frerichs. Marilyn will be laid to rest in Coleridge, Ne with family graveside services. No memorials are planned at this time.

Devoted and loving mother, grandmother and sister, Marilyn Becker passed away peacefully, surrounded by family in her Yutan home, Wednesday, December 9. Marilyn was born to Claude and Verla Frerichs in Laurel, Nebraska on August 1 of 1945.... View Obituary & Service Information

The family of Marilyn Jean Becker created this Life Tributes page to make it easy to share your memories.

Send flowers to the Becker family.