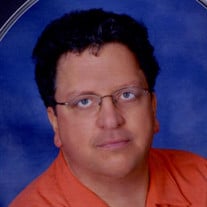 Memorials to Cystic Fibrosis of Nebraska, St. John Vianney and Big I Scholarship Fund. Mark “Big Daddy” Lisko August 2, 1957 - April 26, 2020 This is the Cliffs’ Notes version of Mark Lisko’s life. We advise reading this at a fast pace because Mark is in heaven right now already telling us to wrap it up. Big Daddy. Mark was born to Bud (from whom he got his booming laugh and big personality) and to Joyce (from whom he got his kind spirit and deep loyalty to family). He was the oldest (and frequently the bossiest) to his sisters, Eileen and Adele, and to his brothers, Roger and Brian. (He wisely let Nurse Eileen be the boss when he sought her nursing advice.) When his siblings added spouses Don, Jane, and Karen along with nephew Jake and nieces, Michelle, Elena, Alexa, and Nika, Mark bossed them too -- and always with a mixture of sarcasm, affection, and humor. In case you are curious about his “Big Daddy” nickname, we know he earned it when he worked for Skylark Meats. His former coworkers at Skylark aren’t explaining and we aren’t asking. He wasn’t afraid to dole out nicknames of his own. He sometimes called himself “Markie L” and called his siblings “Roggie L”, “Eileeny L”, etcetera. He clearly got stuck in a “nickname rut” but he did call his lifelong friend, Brian Guilfoyle, “G Funk Brian-y G Master.” Big Laugh Without question, Mark was a serious intellectual who didn’t take life seriously. He graduated with a theology degree from Creighton University and we are pretty sure that was the last time he was holy. We think it was enough to get him pointed toward heaven but would really appreciate it if you would pause your reading right now to say a quick prayer to boost his chances. Mark was a man of great dichotomies. He loved quality professional clothing but loved his fishing gear more. He especially loved fishing with his brother, Roger, and with his fishing buddies. He made it a priority to take his nieces and nephew fishing from a young age. Still, he was known to sleep through some of the better moments and would often snore while in the fishing boat. He was awake enough once to cast his line and snare Brian Guilfoyle’s ear with a lure. He laced his sympathy with his big laugh, accusing Brian of getting his ear in Mark’s way. Mark loved sharing fine wine but didn’t drink it himself. Instead, he used his “wine connoisseur” talents to teach his sweet mom, “Joyce L,” to swirl the red wine just so, even though her laughter at Mark’s coaching likely swirled the glass more than his technique did. Mark barely liked golf and it showed in his game. He liked being with his golfing buddies more. They really should be ashamed of themselves for remembering him more for breaking his seven iron over his knee once and for driving the ball into a 50 feet high utility wire twice. Apparently, Mark was trying to find a hole in the ozone rather than a hole in one. No one laughed at his golfing “misses” more than Mark. Mark loved his nieces and nephew so much that he provided them with equal parts teasing and equal parts mentoring. He often gave them personalized recommendations for his favorite books and movies. In direct Lisko fashion, he was never shy about his opinions of their life choices, including in clothing. Once his protectiveness translated into “protective gear” for one niece who he concluded was showing a little too much skin in her prom photo. His Christmas gift to her that year was a long-sleeved “sack dress” with matching hat that covered her from head to toe. On a more productive note, Mark brought in his niece, Michelle, to learn the family insurance business and teased her mercilessly while mentoring her. Eleven years later, Michelle is still in the business, learned to tease Mark mercilessly back, and will deeply miss Mark’s triple threat of humor, friendship, and wisdom. Big I. In his professional career, Mark lived a long professional life in a short period of time. He took over the Lisko Agency from his dad, Bud, (with helpful growth of clientele from Brian and Adele) and eventually merged into being a partner at Insurance Planning Associates. He was fortunate to continue working with longtime colleague to Bud and business partner to Mark, Kim Holtorff, who, to this day, is a beloved family friend along with his wife, Nancy Holtorff. Mark worked tirelessly to expand Insurance Planning Associates which operates today in four office locations and has three additional partners. Mark was passionate about keeping the independent insurance agency system thriving, which showed in his mentoring of young agents and in being instrumental in creating an Associates Degree in Insurance through Northeast Community College. He served on professional boards and charitable organizations over the years, most recently as the National Director representing Nebraska in the Big "I" organization. Mark's colleagues have called his dedication, knowledge, and leadership some of the best in the industry. Big Heart. The depth of our grief over the loss of Mark mirrors the depth of his life and the “bigness” of his heart. Mark’s friends were family to him. His close friends, Kelly Henry and Brian Guilfoyle, are literally part of family holidays because that’s exactly where they belong. In fact, Brian Guilfoyle has already made it known that he “is the oldest now and Mark left him in charge.” If you are a friend of Mark’s reading this right now, you are no doubt nodding your head at some crazy story he either told you or in which you are a main character, whether as: a fishing friend, a baseball friend, a card playing friend, a work friend, a cousin friend, an aunt/uncle friend, or a Cohen & Kelly’s friend. You left us too soon, Mark. Big Daddy. Big Laugh. Big heart. Big Loss..

The family of Mark Bernard Lisko created this Life Tributes page to make it easy to share your memories.

Memorials to Cystic Fibrosis of Nebraska, St. John Vianney and...

Send flowers to the Lisko family.