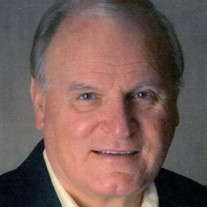 Not sure what to send?

Marvin was born on February 28, 1940 to John Bratka and Ella (Kellet) Bratka. He grew up in Valley, Nebraska along with his two brothers, Jack and Gaylen. During high school he played every sport and excelled in them all – football, track & field, baseball, basketball, and tennis in which he State Doubles. He graduated from Valley High School in 1958 and then attended the University of Nebraska Omaha, where he had received a basketball scholarship. It was in high school he met the love of his life, DeAnn Stenglein; she said he stalked her until she agreed to go out with him. They were married in 1961 and had two sons, Kirk and Charles (Chuck), and an adopted son, Ngoan (Whan) Mia. He worked for Coca-Cola as their National Credit Manager from 1970 – 1982. He and DeAnn moved to Houston, Texas in 1972 where they lived until 1984 when they moved back to Omaha. Marvin and his two brothers-in-law, Ben and Steven Stenglein, opened a second Farmer Brown’s in Papillion in 1985, which he and DeAnn ran until 2006 when they retired. After retirement they built their dream home in Beaver Lake. Marvin and DeAnn travelled extensively together to all parts of the United States until DeAnn’s passing in 2015. Watching Husker Football was a favorite pastime of Marvin’s. He also loved his grandchildren and spent time with them whenever he could, especially enjoying taking them on trips. Marvin was a dog lover and was very affectionate to all of the dogs in his family. He loved listening to country music, tacos were his favorite food, and he enjoyed Southern Comfort. Marvin’s family and friends will remember him as a detail-oriented man who was very giving and always willing to help people. Marvin was preceded in death by his wife of 53 years, DeAnn; son, Chuck; brother, Jake; and his parents John and Ella. He is survived by his sons: Kirk (Lori) Bratka and Ngoan (Whan) Mia; brother, Gaylen (Linda) Bratka; grandchildren: Shelby, Sydney, April, Aaron, Sean; and numerous great grandchildren. Visitation Wednesday from 6-7 PM with a memorial service to be held at 7 PM at the funeral home in Elkhorn. Private inurnment at Prospect Hill Cemetery, Elkhorn at a later date. Memorials to the family for later designation.

Marvin was born on February 28, 1940 to John Bratka and Ella (Kellet) Bratka. He grew up in Valley, Nebraska along with his two brothers, Jack and Gaylen. During high school he played every sport and excelled in them all &#8211; football, track... View Obituary & Service Information

The family of Marvin Bratka created this Life Tributes page to make it easy to share your memories.