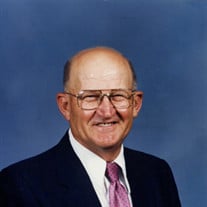 Melvin Lloyd Tiedje was born June 18, 1930; the third of four children to C. Herman and Kate (Sass) Tiedje at the family farm in rural Douglas County. He attended Country School through the 8th grade and then began to work full time on the farm with his family. He held many differing jobs as a young adult including hauling milk, cleaning out rail cars, and beginning to dabble in car mechanics. In 1951, he was drafted and served in the army during the Korean War. He served his country honorably overseas for the majority of his tenure and returned to the states in 1952. He was discharged in December, 1952 and returned to the Bennington area where he would spend the majority of his life. Melvin married Mary Ann Holling on May 22, 1954 at Zion Lutheran Church and to this union two daughters were born; Melanie and Melissa. Melvin and Mary Ann began their married life in Bennington, NE, but in 1957 moved into their newly constructed home near 144th and Ida. They continued to live in this home together until Mary Ann passed away in 2003. Melvin then moved to Bennington, first to his own home and then during the last several years following a fall and stroke to Ridgewood Retirement Community. The last weeks of his life were spent at Brookestone Village in Omaha. Melvin began working at an early age and worked hard throughout his life. He began his life long career as a mechanic at a garage in Elkhorn, NE, then at Decker Ford in Benson and finally at Northwestern Bell. He also did custom corn picking and hay baling for many years while working nights at his full-time job. He retired in his fifties from Northwestern Bell and he and Mary Ann enjoyed their early retirement by gardening, helping with their daughters’ projects, caring for their grandkids, and sometimes though rarely, just relaxing. He and his family continued to care for Flower Hill Cemetery well into his 80s, a job that began in 1970. Unfortunately, Melvin was forced into a new job when he became a full-time caregiver for his wife, when Mary Ann was diagnosed with a rare neurologic disease. He lovingly cared for all her needs for many years until her death. Melvin enjoyed a life well lived. He loved to visit with friends, spend time with his family; particularly with his grandchildren, reminisce about the past; which he had a great ability to recall, tinker with repairs and mechanical problems, and to shop for and purchase new vehicles, particularly pickups in his later years. Up until his death he was a wealth of information on many topics for his kids and grandkids. Melvin passed away on Monday, June 28th 2021. He was preceded in death by his wife, his parents, brother LeRoy, and sister Lois. Melvin is survived by his daughters and sons-in-law, Melanie and Neil Ohms of Harlan, Iowa and Melissa and Mike Burk of Omaha; four grandchildren Daniel Ohms, Matt Burk (Courtney), Nathan Ohms, and Mackenzie Burk (fiancé Brendan); great grandchild Henry Burk; sister Evelyn Novotny, brothers and sisters-in-law Bunny Holling, Reverend Ronald and Judith Holling, Jean Tiedje; cousins, nephews, nieces and many friends.

Melvin Lloyd Tiedje was born June 18, 1930; the third of four children to C. Herman and Kate (Sass) Tiedje at the family farm in rural Douglas County. He attended Country School through the 8th grade and then began to work full time on the... View Obituary & Service Information

The family of Melvin Lloyd Tiedje created this Life Tributes page to make it easy to share your memories.

Send flowers to the Tiedje family.