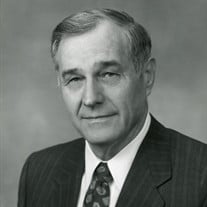 Milton James Sindelar was born September 5, 1928 in St. Edward, Nebraska to Edward and Catherine &#8220;Katie&#8221; (Kurtenbach) Sindelar. The fourth of 9 children, and twin to a brother Maurice, Milton grew up on the family farm near St.... View Obituary & Service Information

The family of Milton James Sindelar created this Life Tributes page to make it easy to share your memories.

Send flowers to the Sindelar family.