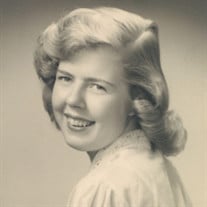 Nancy Marilyn (Jourdan) Nath was born May 30, 1937 in Omaha, Nebraska to Lawrence and Lorraine (Newton) Jourdan. Nancy grew up in South Omaha where she attended school, including Omaha South High School. Nancy had a tough childhood, but she... View Obituary & Service Information

The family of Nancy Marilyn Nath created this Life Tributes page to make it easy to share your memories.

Send flowers to the Nath family.