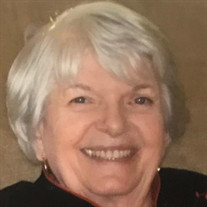 Ramona Marlene Werner was born to the late Ernest & Florence (Smith) Werner in a farmhouse in Meadow Grove, Nebraska on July 18, 1935. She has 2 older siblings, Arnold Werner (deceased) and Joyce Hoffert. Mona was a cheerleader and baton twirler at Meadow Grove High School. The summer after graduation, she attended Wayne State College and got her teaching certificate. She taught one year at a small country school before getting married on June 7, 1953 to James Eldon Schurman, also of Meadow Grove. They had five children-Shelia, Shrilee, Shari, Sheryl, and Jim (Shimmy). In 1956, the family moved to an acreage in the Two River’s area of Waterloo, NE. Mona did several odd jobs to help with the family finances-from milking cows and selling the milk, to raising chickens and selling eggs and butchered chickens, to cleaning the District #24 school house, to cooking at Miller’s Café. In 1966, she decided to go back to school, and attended Bahner School of Cosmetology in Fremont. After having an addition built on the house, she opened Mona’s Beauty Shop, which she operated until 1974. At that time, Mona and Jim bought an old bar in downtown Waterloo, NE, and called it “Our Bar”. Jim passed away in June 1979. In 1982, Mona sold the bar to Bob & Shelia Hall, and El Bee’s Restaurant was at that location for the next 25 years. After selling the bar, Mona moved to Fremont and worked as a dietician at the Fremont Area Medical Hospital for the next 12 years. Mona loved to dance and sing karaoke. Over the years, she traveled to Hawaii, New York, Budapest, and several times to Las Vegas. Around 1993, Mona became a Jehovah’s Witness and married Willard Williams. They loved to go to garage sales, and winter in Apache Junction, AZ. Willie passed away in March 2011. Mona suffered from Alzheimer’s Disease since 2008. Mona passed away peacefully on Sunday, January 19, 2020 at Valhaven Care Center in Valley, Nebraska at the age of 84 years, 6 months, and 1 day. She was preceded in death by her parents, husbands James Schurman and Willard Williams, and son Jim Schurman. She is survived by her daughters Shelia (Bob) Hall of Fremont, Shirlee (Bob) Tourek of Ralston, NE, Shari Cunningham of Waterloo, NE, and Sheryl (Henry) Vaughn of Omaha

Ramona Marlene Werner was born to the late Ernest & Florence (Smith) Werner in a farmhouse in Meadow Grove, Nebraska on July 18, 1935. She has 2 older siblings, Arnold Werner (deceased) and Joyce Hoffert. Mona was a cheerleader and baton twirler... View Obituary & Service Information

The family of Ramona Marlene Williams created this Life Tributes page to make it easy to share your memories.

Send flowers to the Williams family.