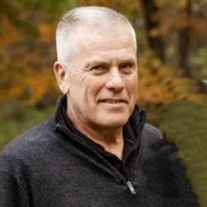 Richard Alan “Rick” Hayden was born July 7, 1957 in Wahoo, Nebraska to Richard “Dick” and Geraldine “Jerry” (Jensen) Hayden. Rick grew up in the Waterloo and Valley communities, attending school in both towns, and graduating from Valley High School in 1975. He went on to attend Bellevue University for one year where he played basketball for the Bruins. He was inducted into the DC West Athletic Hall of Fame in 2016. Rick married Laurie Forsberg on November 6, 1976 at St. Mark’s Lutheran Church in Valley, and to this union, three children were born; Amy, Jill and Chad. Rick and Laurie made their home in Valley. Rick was proud of his roots in Valley, Waterloo, and Elkhorn and was conscious of giving back to those communities. He was a devoted coach of all his children’s sporting activities, but also impacted multiple young people by assisting many years for the Valley High basketball program. He served for a number of years on both the Valley and Elkhorn Volunteer Fire Departments and was a member of the St. Mark’s Lutheran Church. Most of all, Rick was known for being the local grocer. He made numerous friends throughout the years with customers from his time at Dick’s Market in Valley, Waterloo, and Elkhorn. Later, he continued those relationships when he opened Rick’s Meats along with Cliff Hitchler and Mark Pearse. Rick will be remembered as a hard-working, caring, compassionate, faithful and loving man. He was a simple man who enjoyed the simple things in life. When he wasn’t at the store, Rick enjoyed going to Husker football games, his grandkid’s sporting events, mowing, fishing, or taking a bike ride with his family. He was an avid sports fan and enjoyed the Huskers and the Boston Celtics. Rick never turned down a pizza from La Casa. When thinking of Rick, friends and family remember his hard work, mentorship, and how he put everyone else before himself. He was a proud family man and he made everyone around him want to be a better person. Rick passed away unexpectedly on Monday, December 13, 2021 at the age of 64 years, 5 months, and 4 days. He was preceded in death by parents Dick and Jerry Hayden, sister Janice Marie Hayden, and parents-in-law Leonard and Wilma Forsberg. He is survived by his wife Laurie of Valley, his daughters; Amy & Peyton Lewis of Yutan, and their children; Hayden, Tyson, Jade and Jaxon; and Jill and Adam Lamprecht of Fremont, and their children Ava and Max; and his son Chad Hayden of Elkhorn, and his daughters Addison and McKenna, his brother Robert and Cindy Hayden of Valley, and sister Susie and Mike Sip of Elkhorn, nieces and nephews. Special friends Kenny and Judy Argintean, Jim Thiessen III, Todd Deloske, and business partners Cliff Hitchler and Mark Pearse. Funeral Service 10:30 AM Friday, Bethany Lutheran Church, Elkhorn. Interment Prospect Hill Cemetery of Elkhorn. Visitation Thursday Noon-8 PM with family receiving friends from 5-8 PM at the funeral home in Elkhorn. In lieu of flowers, memorials to the family for a scholarship that will be established in Rick’s name.

The family of Richard "Rick" Alan Hayden created this Life Tributes page to make it easy to share your memories.

Send flowers to the Hayden family.