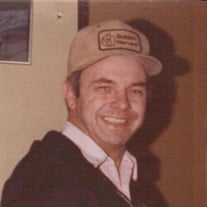 Memorials may be directed to the ALS Association, Mid-America Chapter, 900 S. 74 PLZ., Ste. 106, Omaha, NE 68114, (402) 991-8788, https://www.alsa-midamerica.org/donate. May 8, 1944 - April 17, 2021 Robert (Bob) Lee Lockenour passed away on April 17, 2021 after battling ALS (Lou Gehrig’s disease). Bob was born on May 8, 1944, in Lincoln, IL to Glenn and Margaret (Bagby) Lockenour. He married Janet Justice on June 9, 1973 in Mason City, IL. Surviving Bob are his wife, Janet; daughter Shari Lockenour of Omaha, NE; stepson Patrick (Tammy) Nunn of Kilbourne, IL; stepdaughter Darla Blan of Omaha, NE; 6 grandchildren; and sisters Virginia Sanders and Betty (Gene) Hull of Mason City, IL. His parents and brother, John Lockenour, preceded him in death. Bob graduated from Mason City High School. He also earned an A.A. Degree from Lincoln College in Lincoln, IL; a B.A. Degree from Eureka College in Eureka, IL; and a Master in Education from Florida Atlantic University in Boca Raton, FL. Bob taught and coached for 9 years: 1 year at Eureka High School in Eureka, IL; 4 years at St. Leo College in St. Leo, FL; and 4 years at Harrisburg-Emden in Hartsburg, IL. He worked in the seed corn business for 38 years. He worked for Trojan Seed and Pfizer Genetics in Mason City, IL and Sac City, IA. He then worked for J.C. Robinson Seed Co. (27 years) and Syngenta in Waterloo, NE. He then worked for Blair Seed Services in Blair, NE before retiring in 2013. Bob was a sports fan, who loved basketball and baseball, especially the Cubs. He also enjoyed golf. He liked to travel and did so often with his wife, including cruises to the Bahamas, Ocho Rios and the Cayman Islands, as well as a majority of the states in the U.S. He was a believer of hard work and integrity and was a devoted family man. In addition to his love for his family, he greatly enjoyed visiting with friends. He was always in search of a good joke, and generally had a joke of the day. It always made him happy when he could make others laugh. Bob and his family were very grateful for the care he received from his team members from Nebraska Medicine (for his ALS clinics), the ALS Association (Mid-America Chapter) and his hospice caregivers from AseraCare. He was very fortunate to have these resources and caring individuals while navigating the disease.

The family of Robert Lee Lockenour created this Life Tributes page to make it easy to share your memories.

Memorials may be directed to the ALS Association, Mid-America...

Send flowers to the Lockenour family.