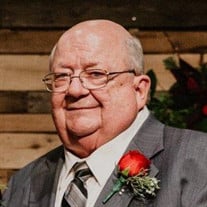 Dr. Roger E Macklem passed away on April 3, 2022 with his family by his side. Roger was born in Homer, Nebraska on January 8, 1944 to Hurst and Eleanor (Belt) Macklem. He graduated from South Sioux City High School and attended the University of Nebraska-Lincoln. He married Joan Hunzeker on December 1, 1973. He was a father to Curtis, Christopher, Cindy, Joy, and Jon. His father passed away when Roger was three years old due to an accident. Roger and his brother, Allan, were raised by their strong, courageous, loving, and kind mother. His grandparents, Franklin and Linnie Belt, also helped raise the boys. Eleanor was a single mother that worked full time as a kindergarten teacher and then an elementary school principal. She taught Roger to be a hard worker, to be kind and empathetic. She also taught him the importance of learning, teaching, educating, and leading as a way to help people and the community. Roger was very intelligent and a lifelong learner. He was a hard worker and dedicated to his profession. He believed in making a positive impact on the lives of others. He earned three degrees from The University of Nebraska. He was a science teacher, a college professor, a Nebraska state science consultant, a principal, and a superintendent of schools. He has impacted many people in many communities through his work. He was smart and dedicated to his profession but none of this compares to the way he has loved. He was always very loving. He will always be remembered for the way he loved and cared for his wife, Joan. Roger was the most proud of his family and enjoyed every moment that he could be with his children and grandchildren. Roger enjoyed golfing with friends, watching historical movies, staying current with news and politics, singing, telling stories, gardening, and cooking. Nobody could grill a steak like Roger. In the fall, he always wore Nebraska red and cheered for the Huskers. Roger was always the most valuable player in any card game or trivia game. He seemed to know everything about history, science, and life. He had the biggest heart, biggest smile, and biggest laugh. He will be missed by many but his legacy of education, hard work, life lessons, and love will be carried on through his family and all of those that he touched. He was preceded in death by his father Hurst, mother Eleanor, and son Curtis. He is survived by many loved ones: Spouse, Joan; Son, Christopher and spouse Estrella and their children David and Cristina; daughter, Cindy and spouse Mark and their children Travis, Tracy, Ty, and Taryn; daughter, Joy and spouse Justin and their children Ellie, William, and Evan; son, Jon; and brother Allan and spouse Janet Jo. He also had nine great-grandchildren, several nieces, nephews, cousins, and many friends. A Celebration of Life Service will be held for Dr. Roger E. Macklem on April 19, 2022 at 10:30 am. The service will be at St. Andrew’s United Methodist Church, 15050 West Maple Road, Omaha, Nebraska. Memorials can be made to the family for later designation.

Dr. Roger E Macklem passed away on April 3, 2022 with his family by his side. Roger was born in Homer, Nebraska on January 8, 1944 to Hurst and Eleanor (Belt) Macklem. He graduated from South Sioux City High School and attended the University... View Obituary & Service Information

The family of Dr. Roger Elwood Macklem created this Life Tributes page to make it easy to share your memories.

Send flowers to the Macklem family.