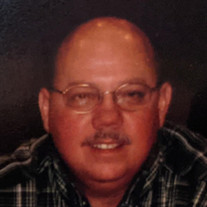 Memorials to the family for later designation. Visitation is public but the Funeral is private for family but available via live stream at: https://webcasts.lifetributes.com/1129046 Stanley Ernest Benke, Jr. was born in Omaha on December 28, 1955 to Stan and Laurene Benke. Stan grew up in Waterloo, where he attended Waterloo Public School. He was very active in sports, with baseball and football as his favorites. Stan graduated from Waterloo in May of 1974. In the fall of 1974, he was enrolled at the University of Nebraska at Omaha majoring in Business Management. Stan started his employment with Union Pacific Railroad between his junior and senior years in high school, working for his Dad on a track maintenance gang. Stan went back to school his senior year in very good physical shape for football. Stan continued his employment with the railroad for 13 years. He was a relief section foremen and a track inspector. It was during the summer of 1975 that Stan met his future wife, Cheryl. Stan and Cheryl were married on April 23, 1977. Cheryl and Stan made their home in Waterloo. They have three children, Tina, Stanley III, and Amy. Waterloo was a great place to raise their children. Stan was actively involved with coaching his son's little league baseball and daughter's softball teams over a ten year period. Stan and Cheryl enjoyed watching their children continue on with their sports and activities. The Benke family went on many family vacations and made annual trips to Arkansas for the holidays. After working for the railroad, Stan began working for Lyman Richey Corporation. Stan eventually became the Safety Director. Stan served on the American Society of Safety Engineers, Board of Directors of the Nebraska Construction Safety Professionals, Mine Safety and Health Administration's Grants Advisory Committee, Health Council of Greater Omaha, and the Western Douglas County Crime Stoppers. Stan wanted to give back to the Waterloo Community and decided to run for the election to the Waterloo Village Board of Trustees. He was elected at the age of 24 and won by two votes. You can imagine how many recounts were done. Throughout the years he served on the Village Board and became Mayor. He worked endlessly on projects including the levee and won the 2011 Citizen of the Year Award given by the Western Douglas County Chamber of Commerce for over 30 years of public service. Stan enjoyed spending time with his children and grandchildren, Timmy and Matthew Petersen, Adrianna and Vincent Benke, and Gianna and Kennedy Radicia. They lit up his eyes and Stan had endless laughing moments. He loved the many sleepovers, eating popcorn with them, watching them play sports, and having them help in his garden. Stan was preceded in death by his mom Laurene Benke (McLeish), dad Stanley Benke Sr., step-mom Marlene Benke (McLeish), brother Scott Benke, father-in-law Kenneth Fix Sr., brother-in-law Brad Lewis, nephew Andrew Lewis. He is survived by his wife Cheryl Benke, daughter Tina Petersen (Mark) of Papillion, Stanley Benke III (Emily) of Bennington, Amy Radicia (Joe) of Gretna, grandchildren Timothy and Matthew Petersen, Adrianna and Vincent Benke, Gianna and Kennedy Radicia, sister Linda Lewis, mother-in-law Marlene Fix, sister-in-law Vicky Baughman (Tom), brother-in-laws, Kenneth Fix Jr (Wendy) and Michael Fix and many nieces and nephews.

Memorials to the family for later designation. Visitation is public but the Funeral is private for family but available via live stream at: https://webcasts.lifetributes.com/1129046 Stanley Ernest Benke, Jr. was born in Omaha on December 28,... View Obituary & Service Information

The family of Stanley Benke, Jr. created this Life Tributes page to make it easy to share your memories.

Memorials to the family for later designation. Visitation is...

Send flowers to the Benke family.