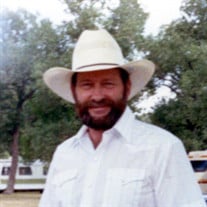 Memorials to United Faith Community Church or Men of Faith William Gerald (Bill) Davis was born on July 29, 1940 in Omaha, Nebraska. He grew up in South Omaha, and attended Omaha South High School where he was a member of the wrestling team. A good athlete, Bill placed 2nd individually at the Nebraska state wrestling tournament in his junior year. Foregoing his senior year of high school, Bill enlisted in the United States Navy in 1958 and served his country for three years as a boson’s mate on the USS Fetchler, making exotic port of call in the Philippines and Japan. When Bill returned to Omaha after his military service, he took a job as a wrangler moving cattle around the South Omaha meat packing plant feedlots on horseback, where his legacy as a real life cowboy and a lifelong love of westerns began. In 1965 Bill was also an up and coming Golden Gloves boxer when he met and married Carolyn Wilson. To provide for a family, Bill started what turned into a 50 year career as a trucker. Bill and Carolyn raised their family in the Dundee area of Omaha. Bill was an engaged father, a hands-on teacher, and an active supporter of his children’s activities. He maintained close, long-term relationships with many of his childhood friends. Bill married Josephine (Jo) Ennis in 1992. Their union brought together a blended family of 8. Bill and Jo started a successful trucking company, B&J Provisions, and built what is now the family home in Leshara, Nebraska. They enjoyed traveling together while Bill was on the road, attending rodeos, and dancing. Bill was an engaged grandparent, following and supporting the activities of his grandchildren. In their later years they took to wintering in Texas where they enjoyed attending “cowboy church” and making new friends. Bill was a lovable, generous man of few words. He loved sports, outdoor activities, and animals of all kind. Bill was an avid fan of the Huskers, Royals and Chiefs. He enjoyed listening to country western music and tinkering in his shop. He savored fresh fish and a good steak. He enjoyed a bowl of popcorn. He rarely missed out on dessert. Bill passed away on Thursday, October 29, 2020 at the age of 80 years and 3 months, family by his side. He was preceded in death by his parents William and Betty, his sister Deanna, and his stepson Rodney (Rod) Ennis. Bill is survived by: his wife Jo; his children Cory and Danita Davis of San Francisco, CA, Raquel Jones of Seattle, WA, Matt Davis of Seattle, WA, Randy and Cindy Ennis of Omaha and Julie and Doug Brudny of Valley, NE; his 9 grandchildren and 10 great-grandchildren.

Memorials to United Faith Community Church or Men of Faith William Gerald (Bill) Davis was born on July 29, 1940 in Omaha, Nebraska. He grew up in South Omaha, and attended Omaha South High School where he was a member of the wrestling team.... View Obituary & Service Information

The family of William Gerald Davis created this Life Tributes page to make it easy to share your memories.

Memorials to United Faith Community Church or Men of Faith

Send flowers to the Davis family.