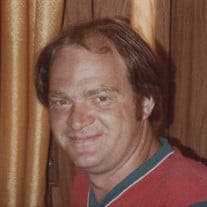 Memorials to the family for later designation William Patrick King was born October 24, 1952 in Nebraska City, Nebraska. He passed away from complications of diabetes on May 22, 2020. His parents were Clarence “Bud” King and Susan Everett King. He grew up in Weeping Water Nebraska with his three siblings, brother Rob and sisters Suzanne and Diane. He started grade school in Weeping Water and moved to Valley Nebraska to finish his education, graduating from Valley High School in 1971. Bill always enjoyed the out of doors and the activities it afforded. He liked to hunt, fish and pursue the elusive wild mushrooms in the spring. Bill especially relished the time spent on his grandparent’s farm. In school he participated in band, sports including football, track, baseball and basketball and even held the esteemed role of the lead in the high school musical, “Winnie the Pooh”. Once out of high school, he became engaged in several careers. He worked at Valmont Industries and Advanced Energy in Colorado. His skills afforded him an opportunity to travel to Libya, Rome and China. He was able to sample the many foods during his travels and developed an expansive palate for many foods. But, among his favorites was a catfish dinner from Farmer Brown’s or seafood from Shucks. Bill was an excellent cook and often created dishes in his kitchen. He moved back to Valley from Colorado in 2013 and established a home there. He enjoyed watching any sport on TV. Husker football, basketball, baseball and volleyball were always on his schedule. Playing golf was one of his active pastimes as was fishing. He often read the sports section of several newspapers to keep up on the latest in the sports world. Bill never married, but counted his many nieces and nephews as his children. His wonderful sense of humor and his affinity for children made him a favorite of them as well. Bill was preceded in death by his father, Bud King, sister Suzanne King Leggett and step-father Jake Renner. He is survived by his mother, Susan Renner of Louisville, Rob (Karen) King of Valley and Diane (Tom) Akeson of Omaha. Also left to mourn his passing are his many nieces, nephews and their children. One might say that Bill marched to the beat of a different drummer. That beat always reverberated from his heart which he extended to others. He was a giving, sharing man who knew no stranger. A ready smile and a chuckle when appropriate put others at ease in his presence. The drum is silent now, but his heart beat remains in all that knew him.

Memorials to the family for later designation William Patrick King was born October 24, 1952 in Nebraska City, Nebraska. He passed away from complications of diabetes on May 22, 2020. His parents were Clarence &#8220;Bud&#8221; King and Susan... View Obituary & Service Information

The family of William "Bill" King created this Life Tributes page to make it easy to share your memories.

Memorials to the family for later designation

Send flowers to the King family.